After the mass Isyak prayer, the ceremony continued on with Dikir Marhaban and Doa Dikir, before concluding with Doa Peliharakan Sultan dan Negara Brunei Darussalam. The minister also handed over Waqaf to the mosque.

Meanwhile, the Ministry of Defence (MinDef) and Royal Brunei Armed Forces (RBAF) held a ceremony to mark the conclusion of the 12 consecutive nights of Dikir Maulud in commemoration of the birth anniversary of Prophet Muhammad (pbuh) yesterday. The religious ceremony was held simultaneously across all RBAF camp suraus and Pulau Baru-Baru Mosque, with the main focus at Surau Ad-Difa’, Bolkiah Garrison. 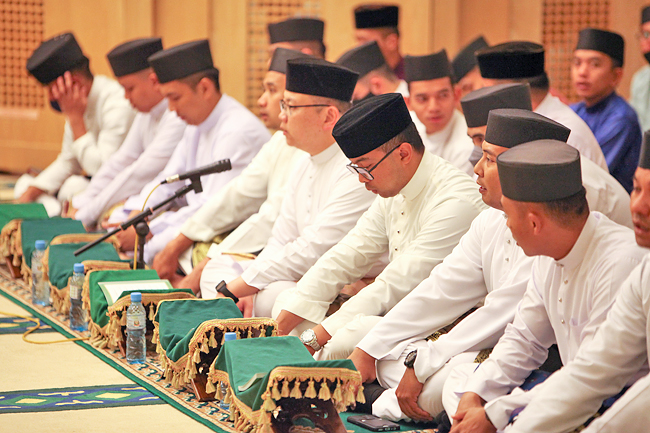 The Secretary General of senior citizens association Hajah Sinega binti Haji Swadi was the guest of honour, who led the reading of the Surah Al-Fatihah, followed by Sayyidul Istighfar and Selawat Tafrijiyyah.