THE WASHINGTON POST – Imagine this scenario: You discover a degrading remark about your daughter on her Instagram account that said, “You’re disgusting. No one wants to see your ugly face.” Suddenly, you’re worried that someone is cyberbullying your tween. But when you ask your daughter about the online jab, she admits that she set up a fake account and posted the comment herself.

Though it may sound far-fetched to parents who didn’t grow up on social media, social scientists are now devoting research to the practice they’re calling “self-cyberbullying” or “digital self-harm”, in which social media users set up fake accounts and use those accounts to post mean comments about themselves.

After nearly a year of social isolation, many adolescents are lonely, irritable and depressed.

“As a result, kids may be more vulnerable to this potentially harmful behaviour,” said Associate Professor of Criminology Ryan Meldrum, a digital self-harm researcher at Florida International University. 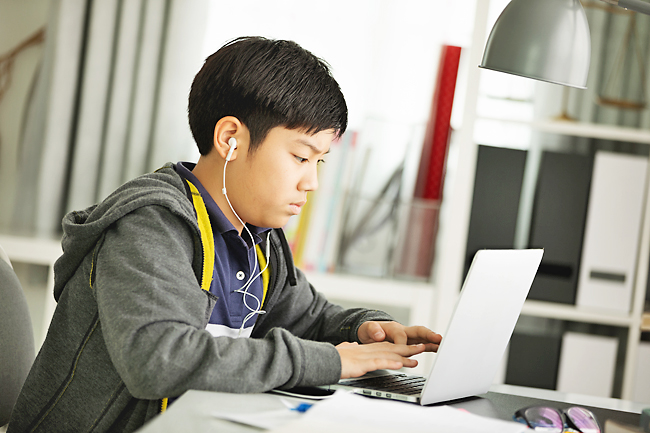 In his latest research, Meldrum and colleagues analysed 2019 data from 10,000 middle and high school students in Florida.

“We discovered that 10 per cent of the kids had bullied themselves in the past year, and six per cent had done so in the past month,” he said.

Sometimes, digital self-harm is a bid for praise and attention. For instance, a TikTok video posted in September showed a young man sitting down at his desk and opening up his laptop.

The caption read: “Me in 8th grade cyber bullying myself on ask.fm for sympathy responses.” The video received 1,658 comments and nearly 136,000 likes. Many commenters responded with a laughing emoji, but others said things like: “God, I thought I was the only one”, and “I would send other people messages bullying myself to see if they would defend me”.

But often there’s something more serious behind the behaviour. “Often, it’s an attempt to cope with psychological distress,” Meldrum said.

Experiences like losing a friend, not fitting in or not reaching a goal can cause feelings of hopelessness, disappointment and anger, and digital self-harm could be one way to address this pain.

Meldrum adds that kids who have been bullied are also more likely to cyberbully themselves.

In addition, marginalised youth are at greater risk, said Jack Turban, a fellow in adolescent and child psychiatry at Stanford University.

Child and adolescent psychologist Adam Moss in Berkeley, California learned about self-cyberbullying from one of his clients.

“After being bullied, my client created an anonymous profile online and posted mean comments about her physical appearance,” he said.

Although she detested her peers’ criticism, she had taken their hateful messages to heart, Moss shared. “In her mind, saying similar things about herself was one way to control the narrative.”

Meldrum said researchers still don’t know how this behaviour impacts kids’ mental health in the long run, but they are concerned about possible links to mental health concerns such as anxiety and depression. “We’re currently studying whether there’s a connection between self-cyberbullying and suicidal ideation, as well as suicide attempts,” he shared.

Unlike physical self-harm, digital self-harm doesn’t leave visible scars or land kids in the emergency room, which makes it easier for parents to miss. Here are some tips on what signs parents should look for and how they can help.

Having access to all of your teen’s accounts and monitoring them on a regular basis may help you identify instances of self-harm, but these tactics can backfire.

“Kids can generate social media accounts on their own and easily conceal them from parents,” Meldrum explained.

Turban shares that kids who feel controlled or shamed are less likely to be forthcoming about potentially risky online behaviours.

Researchers have found that open and honest communication works best. Meldrum recommends asking, “What do you talk about with others when you are online?”

If your teen evades the question or seems secretive about their behaviour, it could be cause for concern, he said. And remember that friends or siblings may detect digital self-harm (or traditional cyberbullying) before parents do.

“Discuss the dangers that can crop up online,” advised Psychotherapist Rachel Kazez. “Let kids know what digital self-harm is. Ask what they would do if their friend or sibling posted nasty things about themselves on social media.”

Asking for your kid’s input conveys what psychologists call “cognitive empathy”, which reminds adolescents that their thoughts and feelings matter. “An open, nonjudgmental approach makes kids feel more comfortable asking for help if they get in trouble online,” Turban said.

Digital self-harm may be due to depression, cyberbullying, anxiety or simply a desire for attention. Turban adds that “adolescents who are being mistreated may internalise the negative things they hear about themselves and start to believe them”. Posting negative messages can be a sign of this self-hatred. Kids may also poke fun at themselves to “test” their friendships and see “what their friends really think of them”, Turban shared.

It’s vital to understand what drives the behaviour, Kazez said. Of course, getting called out for digital self-harm can leave teens filled with shame and embarrassment.

Kazez recommends broaching the topic in a curious, caring and respectful way by asking: “Hey, can you help me understand why you posted mean comments about yourself?” or “I’ve read that some kids do this to help them feel less lonely. What was appealing about it for you?”

Once parents identify what’s behind their teen’s behaviour, they can decide what action to take. Kids in search of attention may need help brainstorming other ways to get their needs met and feel good about themselves, Kazez said.

Amid the pandemic, these adolescents may benefit from socially distanced gatherings with friends or taking up a new hobby they can master. If your child’s behaviour comes from low self-esteem, feeling marginalised or feeling unsupported, counselling may be useful.

To find a therapist, Turban recommends reaching out to a school counsellor or your child’s paediatrician for mental health resources. “The pandemic has changed teens’ lives in dramatic ways, but support can make things better.”