THE WASHINGTON POST – At a time when awarding medical degrees to women seemed laughable at best and immoral at worst, Elizabeth Blackwell persisted in making a life in medicine.

Her sister Emily followed in her footsteps. In telling their story in The Doctors Blackwell, Janice P Nimura invites us to learn about medicine, well-to-do women and social movements of the 19th Century.

After delving into the sisters’ letters and papers, the author ably illuminates the Blackwells’ struggles, the opposition they faced and the allies who helped make their success possible.

The Blackwell family emigrated from England in 1832 and eventually settled in Cincinnati.

Of the eight children, five of them girls, only Elizabeth and Emily pursued careers in medicine. 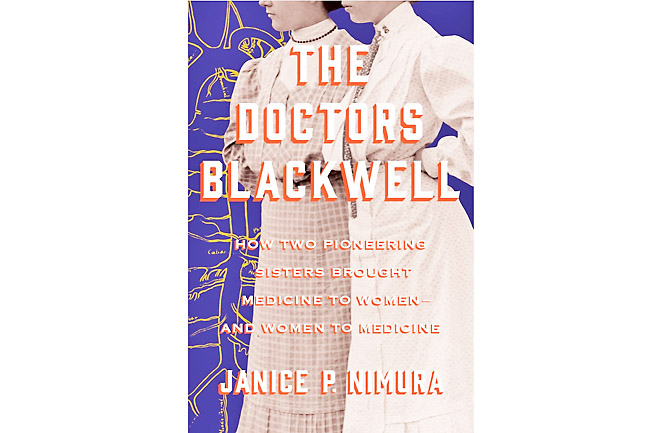 Elizabeth, whose life receives the majority of attention, believed that she could become a benevolent practitioner who would spare female patients from exposing themselves to male physicians.

Emily followed in her footsteps and had a remarkable career as a surgeon, institutional leader and head of a medical school for women.

Each sister made her way through a hostile medical terrain with crucial support from family members and both male and female supporters.

Denied admission to every institution she applied to, Elizabeth finally entered Geneva Medical College in 1847 when the faculty let the students vote on her acceptance.

Some believed it was a prank.

She arrived after the 16-week term began, returning the following year to hear the same lectures, as was the standard in medical education. There was little to learn. Treatment involved a “toxic arsenal of emetics, laxatives, diuretics, and expectorants” as well as “lances, leeches, and blisters”.

Elizabeth studied privately with a physician before medical school and between terms observed cases in an almshouse hospital. There, she lived just off the female syphilis ward.

Elizabeth completed her training in Paris. Denied the opportunity to attend medical lectures, she studied midwifery at the maternity hospital.

While there, she accidentally contracted conjunctivitis from an infant with gonorrhea ophthalmia and subsequently lost an eye after a long and painful convalescence.

She recovered and returned to the United States, determined to make a career in medicine.

She then joined her sister at her small dispensary, where she provided poor women medications, health advice and referrals to charities.