UPI – Authorities in Texas said a kangaroo (UPI pic below) spotted hopping loose through a neighbourhood was safely captured and returned to its owner.

Deputies were able to capture the kangaroo with help from bystanders, the sheriff’s office said.

Investigators said they were able to identify the kangaroo’s owner and reunite them with their pet. 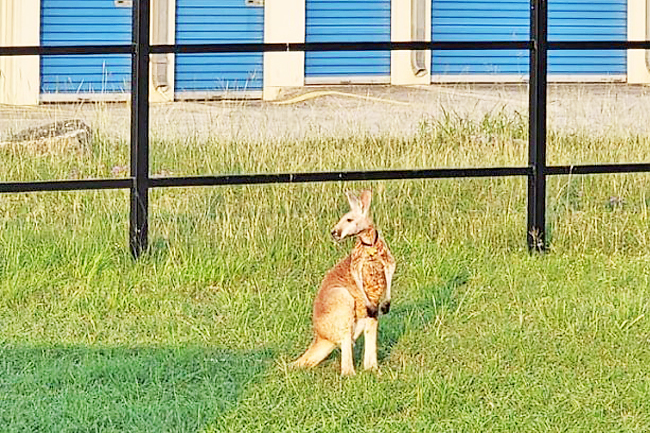