ASEAN member states have continued to demonstrate strength amidst global economic vulnerabilities and geopolitical instability in Europe, according to the 12th edition of the ASEAN Economic Integration Brief (AEIB).

Produced by the ASEAN Integration Monitoring Directorate of the ASEAN Secretariat, the AEIB presents an overview of the regional economic outlook, along with the latest updates on the ASEAN Economic Community (AEC) and key economic indicators relevant to the region.

The economic outlook in this edition of the AEIB states that forecasts point to pre-pandemic growth rates in general, especially for the larger economies in the region.

“With reopened markets and borders, the region is seeing stronger domestic demand and accelerated recovery in services, especially in travel and tourism.

“Growth prospects, however, are dampened by moderating global demand coupled with high inflation and tighter finance. Nonetheless, ASEAN member states’ resilience will carry the region to achieve a 5.1 per cent growth in 2022 and five per cent in 2023,” said the brief. 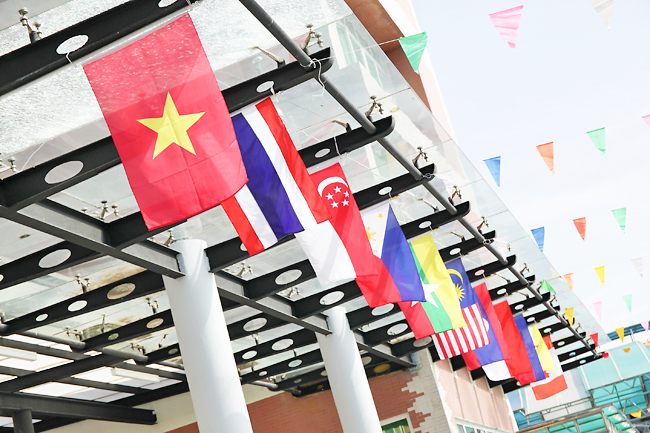 It noted that amidst shocks on global supply chains, ASEAN’s total trade expanded by 14.7 per cent, year-on-year, to USD1.8 trillion in the first-semester of 2022.

“This notable growth was propelled by fuel trades, which recorded a 64.7-per-cent growth due to higher commodity prices, whilst electronic products grew slower at 5.7 per cent.

Trade prospects, however, are hampered by weakened external demand from major partners, especially in China.

“Despite this, investment inflows in ASEAN remained strong at USD92.2 billion in the first semester of 2022, growing by 1.1 per cent, year-on-year, notwithstanding lower inflows in second quarter. Nevertheless, uncertainties remain following prolonged supply chain disruptions and higher cost of capital due to global financial tightening.” 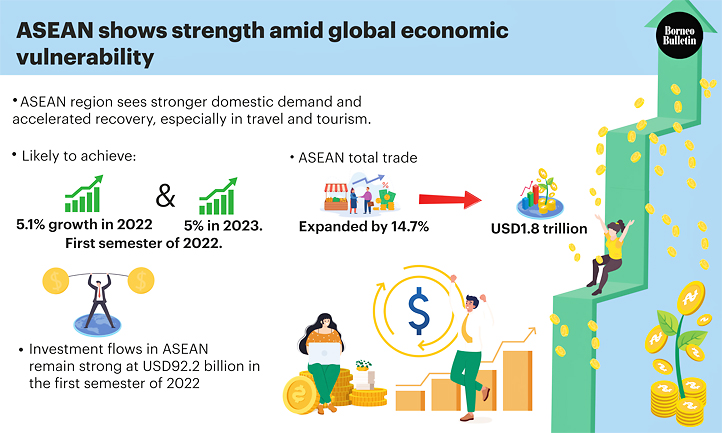 “Due to capital outflows, financial markets in the region, for example, weakened in the second quarter of 2022, including in local currency bond markets that saw foreign sell-off, setting off rapid depreciations of exchange rates.

“By the end of August 2022, Laos’ kip depreciated by 37.6 per cent compared to the beginning of the year, whilst the values of Myanmar’s kyat and Philippine peso fell by 18.1 per cent and 10.3 per cent respectively.”

The AEIB stated that in view of these challenges, the region’s momentum will largely depend on the ASEAN member states’ ability to manage the volatilities in their domestic markets and address supply constraints.

“Higher commodity prices led to the protracted challenge of providing economic support to vulnerable households and businesses. A number of ASEAN member states took proactive measures to address the problem by extending or rolling out additional targetted fiscal support measures to ease the price burden on households and individuals.

“Examples of such support are cash payments, discounts, and subsidies for low income households and people in the informal sector. However, limited fiscal space following the pandemic may constrain government response.

“Meanwhile, some ASEAN member states implemented export and price controls to safeguard domestic supply and stabilise prices of key commodities, such as palm oil and poultry. Close monitoring of retail prices, especially of staple foods, and enforcement of price control measures were carried out, whilst diversification of sources of imports was proposed in some member states.”

The brief further noted that at the regional level, ASEAN member states’ commitment to regional cooperation, to address food and energy security concerns, and to facilitate trade and investments, will reinforce ASEAN’s resilience to the crisis.