THE WASHINGTON POST – On July 29, 1966, Bob Dylan threw his leg over his Triumph motorcycle, revved it up and set off down a road in Woodstock, NY

Then something happened, though it’s not quite clear what. A two-sentence article appearing four days later in the New York Times said only that the singer-songwriter had been involved in a “cycle mishap” and was “under a doctor’s care”. No official police report was filed, and years later, Dylan wrote in his memoir Chronicles simply that “I had been in a motorcycle accident and I’d been hurt, but I recovered. Truth was that I wanted to get out of the rat race”.

Regardless of what exactly happened, according to Clinton Heylin’s The Double Life of Bob Dylan, one Bob Dylan got on the motorcycle that morning and another emerged from the wreck – if there even was a wreck.

Sometimes it’s the littlest thing that makes a person say, “OK, enough of that – time to do something else.”

Certainly, Dylan’s life before the mishap was frenetic beyond the most fevered dreams of the boy who was born Robert Allen Zimmerman 80 years ago this month in Duluth, Minn. While most of his high school classmates were still in college or working first jobs, he had changed his name, taken the New York folk scene by storm and signed his first record deal.

By the time of the accident, he had put out seven albums, toured globally and been roundly booed for electrifying his folkie sound. He appeared to be going without sleep for long periods and, according to more than one witness, had developed a serious dependence on amphetamines. One thinks of what a journalist wrote about another hard-living star: “Keith Richards doesn’t so much burn the candle at both ends as apply a blow torch to the middle.” 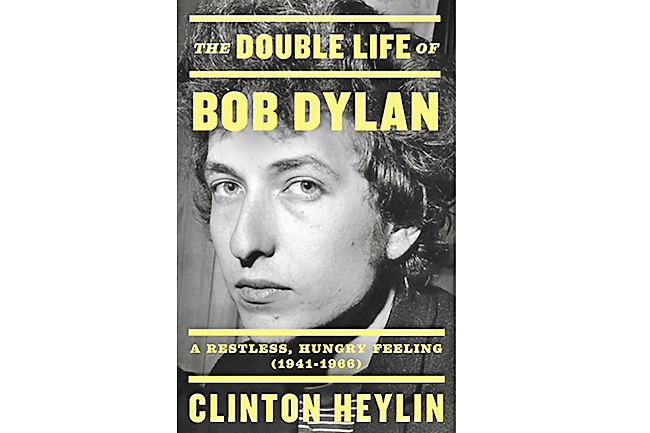 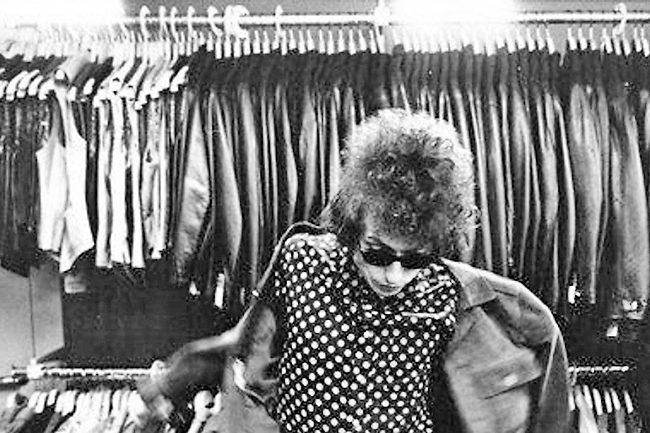 To Heylin, what happened before and after the motorcycle mishap is enough to require two volumes. This first installment, which covers 1941 to 1966, ends with the accident, after which Dylan looked different, according to his biographer, wrote different songs, sang differently.

Talk about a cliffhanger. Who will the second Bob Dylan be? Even as a youngster, he seemed to be crafting his persona, as illustrated by an anecdote about his reputation as a chess hustler during his first days in Greenwich Village. He would loudly exclaim, “I don’t know what I’m doing,” followed soon after by, “Er, checkmate.”

Genius always appears inscrutable, but maybe what Dylan was doing during these early years wasn’t that complicated. Fellow musician Pete Stampfel recalled: “He was doing all traditional songs, but it was his approach! His singing style and phrasing were stone rhythm & blues.” Meanwhile, the shape-shifting continued. At 12, he had modelled himself on Hank Williams, but he was soon playing the piano standing up like Jerry Lee Lewis. Within days of arriving in New York, he was patterning himself after folk singer Ramblin’ Jack Elliott (“he imitated him, he looked like (him), he dressed like him”, according to one observer). He learned Woody Guthrie’s songs word for word.

Then he put all the pieces together and became the Dylan we know today, a replicant who is always enigmatic and, as Heylin says, sometimes downright nasty. One early observer recalls him as “a square boy” with a “regular haircut and business suit”, but by December 1961, his New York girlfriend Suze Rotolo told a friend that the Dylan she knew had begun to develop an “uncontrollable egomania”.

Dylan’s self-absorption became legendary. You can find a short outtake on YouTube of a grainy movie (DA Pennebaker’s 1967 documentary, Don’t Look Back) that shows Joan Baez and Marianne Faithfull singing As Tears Go By. The lilting melody is interrupted by the clacking of a typewriter, as Dylan hammers out lyrics and chats with manager Albert Grossman. Anyone else would have been in awe, but Dylan doesn’t even turn his head.

Later, Dylan was not remembered entirely fondly by Baez, though she had helped jump-start his career by asking him to appear with her at the 1963 Newport Folk Festival and, after they became lovers, even sent him a letter saying she wanted to have his baby.

She’s not the only one. Others who were friendly with him began to see someone they no longer recognised. Intimates of his recall a switch flipping, the transformation of the artist into someone who could “pull strips of skin off people, verbally,” who “just went nuts and started yelling.”

Then again, he was Bob Dylan. We want our artists to be best-friend material, and some are. But we also want great art, and not all great artists are great human beings.

It’s to the much-published Heylin’s benefit that we extend a similar tolerance to the biographer. If anyone is entitled to write this exhaustive biography, it’s the man who was described by Rolling Stone in 2016 as “perhaps the world’s authority on all things Dylan.” And if he is as jaw-droppingly good at his job as his subject is at music, Heylin can also be just as prickly. He takes delicious pleasure in throwing darts at Dylan’s other chroniclers, calling one a “minor writer”, another a “largely unloved scribe”.

In other words, this first installment of The Double Life is a twofer: not just one but two big, colourful egos are on display.