A youth advocate and community leader from Brunei Darussalam, Hand4Hand Founder Haji Muhammad Iqbal Fakhri bin Haji Damit did the country proud when he was awarded as the ASEAN Prize 2022 recipient last month.

“Alhamdulillah, no words can describe how grateful I was when I heard the news that I was going to be the recipient for 2022. I hope Allah the Almighty will keep on giving me the strength and Istiqomah to continue to do this work. Never in the past 12 years of doing this had it crossed my mind to win any award, let alone the ASEAN Prize 2022,” said the recipient, who prefers to be addressed as Iqbal Damit, during an exclusive interview with the Bulletin.

His passion for doing what he loves started after his return as a participant of the Ship for Southeast Asian Youth Programme (SSEAYP), during which participants were exposed to underprivileged families. Since then, Iqbal was inspired when he came back to Brunei and began carrying out both small and big projects, and along the way continued doing this work. Now, after 12 years, he is still active and loves all the work he does.

Iqbal has been a visible figure in the implementation of humanitarian relief initiatives among affected populations in the region since 2010 and has actively promoted inclusive community-based development and intensified cooperation towards a resilient Association of Southeast Asian Nationals (ASEAN) community.

Having specifically served displaced persons through the mobilisation of primary needs – nutritional sustenance, water, sanitisation system, shelter, and education facilities – his perseverance in implementing ground operations in humanitarian relief has also inspired greater participation of the youth in such efforts. 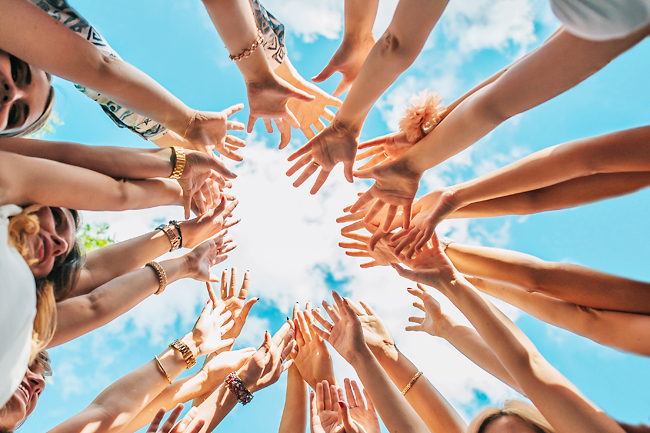 Iqbal advocates for volunteerism among the youth and under his leadership as founder of local based non-profit organisation Hand4Hand, the organisation has worked with over 2,000 volunteers to support the delivery of humanitarian assistance and emergency responses in the region and beyond to serve the vulnerable and needy.

Asked what he thinks his strongest point was leading to the award, he said it was probably how he connected the dots, knowing who to contact in this region and, again, it also had to do with his participation in the SSEAYP, being exposed to the youth of ASEAN who share the same goals.

“I was fortunate enough to be inside that network of ASEAN, and on top of that I think my hunger for solving problems and solving challenges adds up to that,” he said, sharing that one project was not enough and that he kept needing to do more.

A project that involves the participation of one million youth from ASEAN member countries is something in the pipeline for Iqbal to work on, which he hopes to share more about in the future, noting that the project involves different organisations and almost all ASEAN
member states.

Sharing some advice to youth in the country, Iqbal said that everyone in Brunei talks about building a nation in achieving Brunei Vision 2035, and on this note, he highlighted that everyone, including all the youth, has their individual responsibility and it is about how to do or implement it.

“For example, it will take a lot of ingredients to make a perfect delicious burger. It can be one man, it can be one ingredient. Hence it is the same thing with how to build the nation for the future, so people, the public and private sector take different roles in achieving that.”

“There is this concept of public-private partnership (PPP) and I think that is the way to move forward for a nation to be successful. Government cannot do it alone nor can private sectors and non-governmental organisations (NGOs). It has to be a collaborative effort to make the nation successful. I always say this: if you are not part of the solution, you are part of the problem. So jump into the boat and find the solution.”