Wages and the purchasing power of households have decreased considerably during the past three years due to the pandemic, followed by a global rise in inflation as the world economy started to recover.

The Global Wage Report 2022-2023 highlighted that real wage growth has fallen to negative values for the first time in the 21st Century, with an estimated -0.9 per cent in the first half of 2022. Evidence suggests this was driven by rising inflation, reducing the purchasing power of the middle class and heavily impacting low-income households.

Among the G20 countries which account for about 60 per cent of the world’s wage employees, real wages in the first of 2022 declined to about -2.2 per cent while wage growth in emerging economies remained positive at 0.8 per cent.

“The multiple global crises we are facing have led to a decline in real wages. It has placed tens of millions of workers in a dire situation as they face increasing uncertainties,” said ILO Director-General Gilbert F Houngbo.

“Income inequality and poverty will rise if the purchasing power of the lowest paid is not maintained.

A much-needed post pandemic recovery could be put at risk. This could fuel further social unrest across the world and undermine the goal of achieving prosperity and peace for all.” 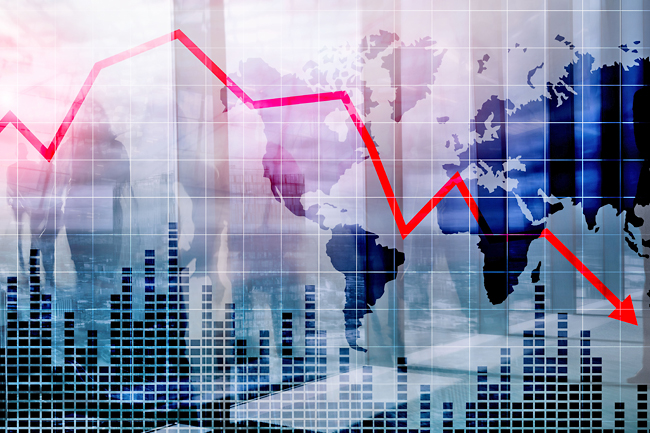 The report also showed that inflation can have a greater cost-of-living impact on lower-income households. Such households spend most of their disposable income on essential goods and services, which generally have a greater price increase than non-essentials.

An example is Mexico in which the bottom 10 per cent of the income distribution spend 42 per cent of their income on food, whereas the top 10 per cent only spend 14 per cent. Even if wages were adjusted to compensate for the higher cost of living, low-income households would still suffer in many countries from an erosion in the purchasing power of workers’ wages, said the report.

The erosion of real wages due to inflation is in addition to significant wage losses among employees during the pandemic, which is not captured in the data on average wages.

Therefore the report looked into changes in the total real wage bill (the sum of all wages received by employees, adjusted for inflation) since 2019.

Based on data from 28 countries, the report found that in 20 of the countries the total wage bill decreased by between one and 26 per cent during 2020.

On average, the 28 countries recorded a 6.2 per cent decline in the total wage bill, equivalent to the loss of three weeks of wages on average for each employee.

Among the 21 countries with data available for 2020 and 2021, the decrease in the total wage bill is equivalent to four weeks of wages in 2020 and two weeks in 2021, suggesting a cumulative loss of six weeks of wages over a period of two years. The decline in the total real wage bill was more pronounced in low- and middle-income countries than in high-income countries, where job retention schemes and wage subsidies sustained wage employment and nominal wage levels during lockdowns, even when there was a decrease in the number of hours worked.

The report also included regional wage trends, showing a decline in estimated real wage growth across regions during the first half of 2022 due to accelerating inflation.

Data of Northern America (Canada and the United States) displayed a very pronounced composition effect, in which many low-paid wage employees lost their jobs while their higher-paid counterparts remained employed, thus increasing the estimated average wage.

Average real wages in Northern America suddenly jumped by 4.3 per cent 2020 during the pandemic after fluctuating between zero and one per cent in most years between 2006 and 2019. After the sudden spike, wage growth then dropped to zero per cent in 2021 and -3.2 per cent in the first half of 2022.

The composition effect was also visible in Latin America and the Caribbean, where real wages increased by 3.3 per cent in 2020. The following year, real wage growth declined to -1.4 per cent then -1.7 per cent in the first half of 2022.