The warnings and court summonses end up being forwarded to Ali Golpinar – the muhtar of one of the Turkish capital’s working-class suburbs – when they cannot be delivered to the debtor’s stated address.

Golpinar says the number of them he gets daily has doubled to about 40 in the past two years.

That generally reflects what has happened to Turkiye’s consumer prices over the same span. The official inflation rate hit 85 per cent in the past year alone.

“And these are only the undelivered letters,” Golpinar said from behind his messy desk.

“Imagine how many there are in all. People can no longer pay their debts.”

Turkish media say the total number of debt recovery cases rose by about 1.5 million in a year and exceeded 24 million at the height of the crisis in August.

The main banking regulator says the value of unpaid individual loans in the nation of 85 million people rose from TRY17 billion to TRY29 billion (USD1.6 billion) between March and September. 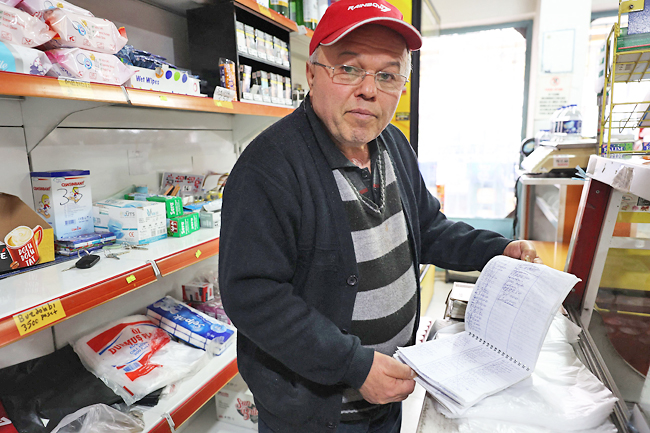 A resulting currency crisis wiped out savings and forced Erdogan to launch an expensive social support system that tried to preserve living standards – and his own ratings before elections due by June.

His government has trippled the minum wage in the past year and raised state salaries and pensions.

But soaring rents – up 163 per cent in the past year in Ankara – and household expenses have forced many to revive the ancient tradition of buying on credit at friendly neighbourhood shops.

“Asking for a bank loan is risky, but the local grocer knows you,” Golpinar said. “He will not refuse you.”

The system operates entirely on trust and involves no interest payments or signed papers.

Kurt writes down all the money he is owed in a worn notebook that he keeps next to his cash register.

The grocer said he ends up refusing some people “because I know they will never pay it back. If a debt hasn’t been paid back after six month, we know we have to write it off”.

Turkiye’s growth continued throughout the coronavirus pandemic and reached 11 per cent of gross domestic product in 2021 – the highest rate among the Group of 20 major economies.

These same people “are facing the dilemma of choosing between paying their rent, taking their child to the doctor or repaying their loans”, she said.

City governments run by the opposition – including Ankara and Istanbul – have set up websites that take donations to help the needy pay their utility bills.

Erdogan’s government is also announcing a steady stream of populist measures entering the election campaign. One of the latest involves pushing creditors to cancel debts of less than TRY2,000 (USD105).

These announcements have helped prop up Erdogan’s sagging numbers as he tries to extend his rule into a third decade in what promises to be a tight vote.

But Golpinar said he is yet to hear of anyone who has filled out all the paperwork needed to get a debt writeoff. “I don’t know of a single person who has benefitted from it,” the district mayor said.