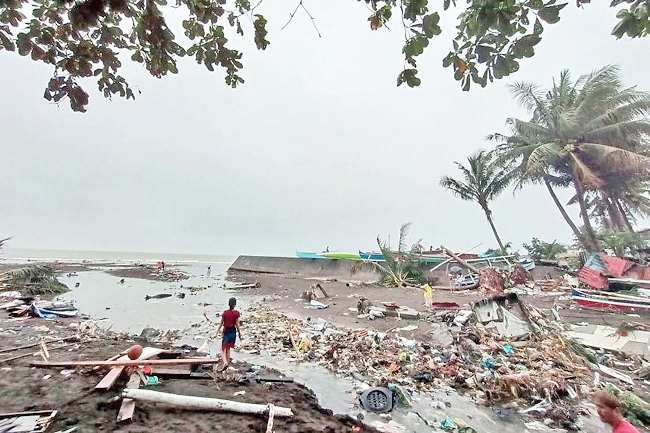 MANILA (AFP) – One person died and three others were missing in the southern Philippines after being hit by a landslide, police said on Thursday, taking the nationwide death toll from recent rains to at least 33.

Authorities were still searching for more than two dozen other people missing after heavy downpours over the festive weekend caused flooding and landslides across central and southern regions.

The latest death happened on Wednesday in Mati City in the province of Davao Oriental on Mindanao island when a landslide buried four people as they fished, police said.