ATHENS, GREECE (AP) – The confirmed number of dead from last week’s shipwreck of an overloaded migrant smuggling boat in the western Aegean Sea has increased to 27 after another body was found on an island just east of Athens, Greek authorities said on Wednesday.

Five children are among the dead, while a further 29 people are still believed missing.

The coast guard said on Wednesday that the man’s body was recovered from a southern beach on the island of Evia. The number of survivors remains at 12, all men from Egypt, Afghanistan and Iran, while a search operation continues in the area, more than a week after the sailing boat sank early on November 1.

Survivors told authorities they had set sail from Izmir on the Turkish coast with a total of 68 people on board. The vessel ran into trouble in rough seas in the notoriously treacherous strait between Evia and the island of Andros, capsized and sank.

Two of the survivors were later arrested on suspicion of having skippered and crewed the vessel, and face charges of migrant smuggling.

The sinking was the latest in a series of deadly migrant shipwrecks in Greek seas in recent months which have left dozens dead or missing.

Tens of thousands of people fleeing conflict and poverty in the Middle East, Asia and Africa try to make their way into the European Union each year through perilous sea journeys, with most attempting to reach Greece or Italy. 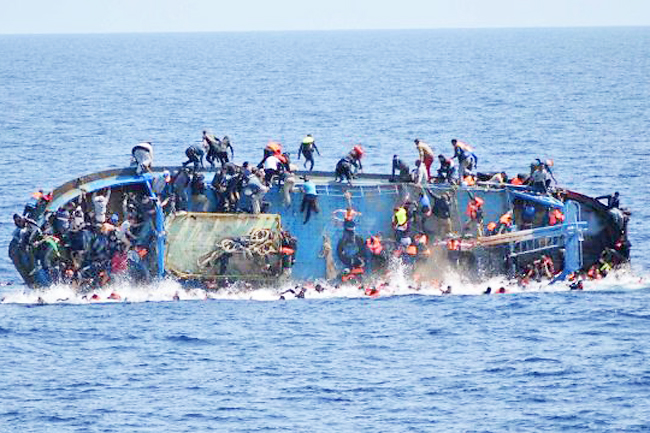