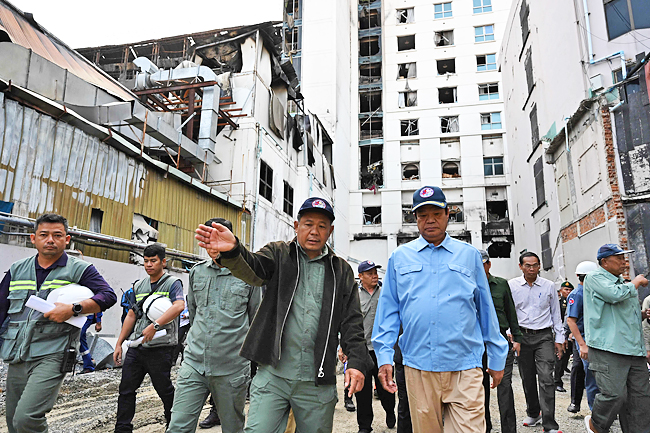 POIPET, CAMBODIA (AFP) – An electrical fault caused a devastating hotel fire that killed 26 people, Cambodian authorities said Saturday, with many of the bodies found in stairways or trapped in rooms after rescuers failed to reach them in time.

The blaze at the Grand Diamond City hotel in Poipet town, near the Thai border, broke out around 11.30pm local on Wednesday night.

It rampaged through the multi-storey hotel complex, with dramatic images and rescuers telling of people forced to jump from ledges and windowsills to escape the flames.

“The accident was caused by an electrical short circuit,” said Kun Kim, Deputy Chairman of the National Committee for Disaster Management.

He confirmed that 26 people – 17 Thais, one Malaysian, and one Nepalese among them – died in the blaze.