PASS CHRISTIAN, MISSISSIPPI (AP) – Scientists are examining the corpse of an endangered whale that washed up on a Mississippi Gulf Coast beach.

Scientists from the non-profit Institute for Marine Mammal Studies and other organisations will study the remains, which washed ashore in Pass Christian.

Director of the institute Dr Moby Solangi told the Gazebo Gazette that the whale is nine metres long and weighs around 6,804 kilogrammes.

“The mammal was probably sick and the body got caught in a ship channel,” Solangi said.

Scientists will determine the cause of death based on pending lab results.

After the fin whale population declined due to hunting, the species was classified as endangered and granted protection under the Marine Mammal Protection Act. 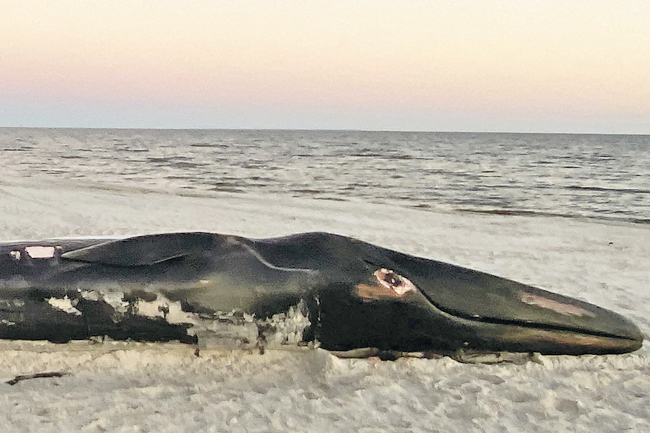