The delegation was led by Acting Head of Kampong Pandan ‘B’ Awang Morney bin Amat, and had goals of picking up a few ideas for their own MPK product.

The delegation assembled at the Mangrove Paradise Resort jetty and took a five-minute boat ride to the centre where they were welcomed by MPK Sungai Bunga’s Women and Tourism Bureau Committee members. The hosts then briefed the visitors on safety and social distancing measures.   The delegation learned more about Kampong Sungai Bunga MPK  products of keropok, nuggets and taufu fah and saw how they were produced. 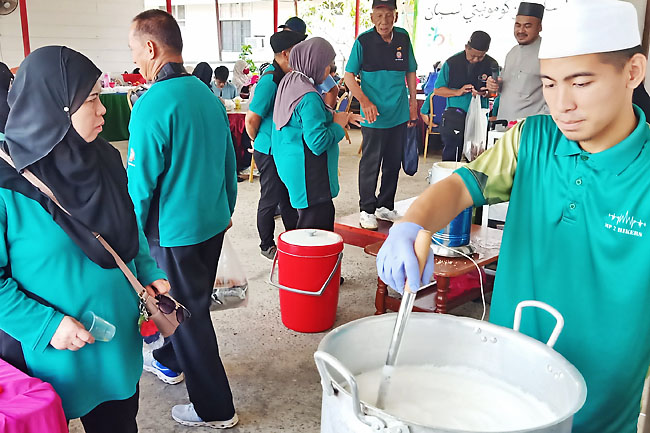