AP – Soki Wu’s food stall, tucked in a food court in a shopping mall in Singapore, is a crowd favourite for its fresh, juicy chicken rice, a national dish. But customers recently began complaining that his chicken didn’t taste quite as good as it used to.

Wu was forced to switch to frozen chicken after Malaysia banned exports last month of live broiler chickens that are more affordable and better tasting in a bid to offset rising local prices. For Singapore, which sources a third of its poultry from Malaysia, the impact was immediate.

“This is unavoidable. Using frozen chickens have affected the taste of the dish, but we have no choice,” Wu said.

As inflation surges around the world, politicians are scrambling for ways to keep food affordable as people increasingly protest the soaring cost of living. One knee-jerk response has been food export bans aimed at protecting domestic prices and supplies as a growing number of governments in developing nations try to show a nervous public that their needs will be met.

For business owners, the rising cost of cooking ingredients – from oil to chicken – has prompted them to raise prices, with people paying 10 per cent to 20 per cent more at Wu’s food stall. For consumers, it has meant paying more for the same or lesser-quality food or curbing certain habits altogether. 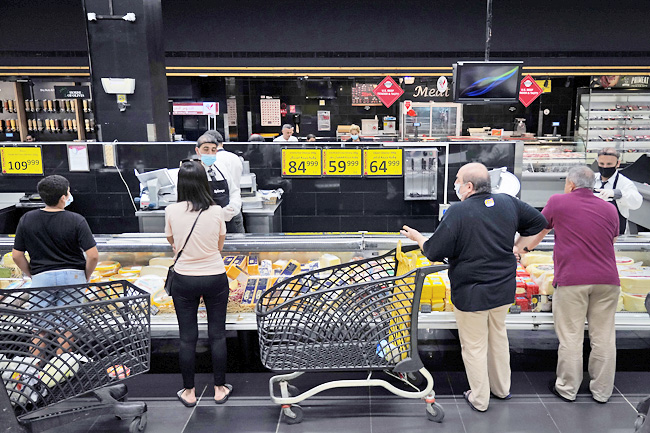 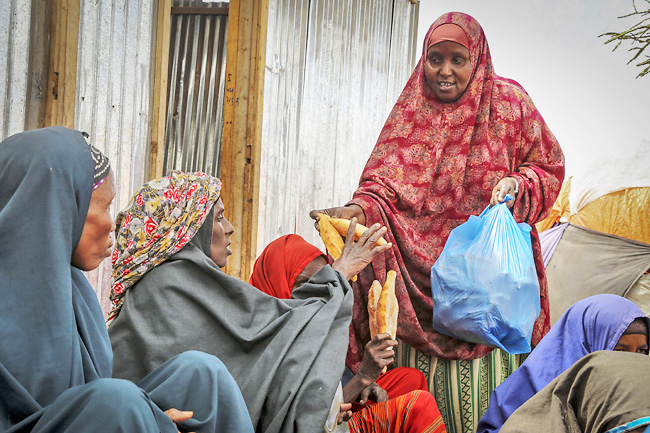 In Lebanon, where endemic corruption and political stalemate has crippled the economy, the United Nations (UN) World Food Program is increasingly providing people with cash assistance to buy food, particularly after a devastating 2020 port blast that destroyed massive grain silos. Constant power cuts and high fuel prices for generators limit what people can buy because they can’t rely on freezers and refrigerators to store perishables.

Tracy Saliba, a single mother of two and business owner in Beirut, said she used to spend around a quarter of her earnings on food. These days, half her income goes to feeding her family as the currency loses strength amid soaring prices.

“I’m not buying (groceries) like I used to,” Saliba said. “I’m just getting the necessary items and food, like day by day.”

Food prices have risen by nearly 14 per cent this year in emerging markets and by over seven per cent in advanced economies, according to Capital Economics. In countries where people spend at least a third or more of their incomes on food, any sharp increase in prices can lead to crisis.

Capital Economics forecasts that households in developed markets will spend an extra USD7 billion a month on food and beverages this year and much of next year due to inflation.

The pain is being felt unevenly, with 2.3 billion people going severely or moderately hungry last year, according to a global report by the World Food Program and four other UN agencies.

Food prices accounted for about 60 per cent of last year’s increase in inflation in the Middle East and North Africa, with the exception of oil-producing Gulf countries. The situation is particularly dire for Sudan, where inflation is expected to hit 245 per cent this year, and Iran, where prices spiked as much as 300 per cent for chicken, eggs and milk in May, sparking panic and scattered protests.

In Somalia, where 2.7 million people cannot meet their daily food requirements and where children are dying of malnutrition, sugar is a source of energy. In May, a kilogramme of sugar cost about the equivalent of 72 cents in Mogadishu, the capital. A month later, it had shot up to USD1.28 a kilogramme.

“In my home, I serve tea (with sugar) three times a day, but from now on, I have to reduce it drastically to only making it when guests arrive,” said Asli Abdulkadir, a Somali housewife and mother of four.

People there are bracing for even higher costs after India announced it would cap sugar exports this year. Even if that doesn’t reduce India’s sugar exports compared with previous years, news of the restriction was enough to cause speculation among traders like Ahmed Farah in Mogadishu.

“The cost of sugar is expected to surge since Somalia counts heavily on the white sugar exported from India and a few brown sugars from Brazil,” he said.

Food export restrictions aimed at protecting domestic supplies and capping inflation is one reason for the rising cost of food.

Food prices had been steadily climbing worldwide because of drought, supply chain issues, and high energy and fertiliser costs. The UN Food and Agriculture Organization said food commodity prices were up 23 per cent last year.

The invasion of Ukraine further sent the price of wheat and cooking oils up, fuelling a global food crisis. There was a breakthrough this week to create safe corridors for Black Sea shipments, but Ukrainian ports have been blocked from exporting these key goods for months and it will take time to get them moving again to vulnerable countries worldwide.

There’s concern that the impact of all these factors will lead more countries to resort to food export bans, which are felt globally. When Indonesia blocked the export of palm oil for a month in April, palm oil prices spiked by at least 200 per cent.

Analysts say food export bans are shortsighted because they have a domino effect of driving up prices.

“I would say that roughly 80 per cent of the bans we see are ill-advised – a kind-of, sort-of gut reaction by certain politicians,” said David Laborde, who is credited with creating a food trade policy tracker at the International Food Policy Research Institute.

“In the world where you will be the only one to do it, that can make sense,” he said. “But in a world where other countries can also do it, actually that’s far from being a good idea.”

Laborde said bans are “a very selfish policy… because you try to get better by making things worse for others”.

In Singapore, 29-year-old Wu is hopeful he can keep the family business running as Singapore’s government signed off on Indonesia as a new chicken supplier.

“Things will get better,” he said. “(This) will only make us more resilient.”