THE WASHINGTON POST – In Standpipe, David Hardin, who is volunteering, is assigned to deliver bottled water to the residents of Flint, Michigan, during the early days of the city’s public water crisis. But forget about a plot. There is none, in this book or in Flint, where life is episodic, untethered, fraught with Faustian bargains, structural injustices and tangled lives that are “hobbled by the past”.

These fragmented and parallel narratives – capturing Hardin’s work and his personal history – don’t hinder the book however. They become the architecture for a case study of Flint, expressed in a more personal and poetic way than a straightforward investigation could. The short diary-like entries are like sun shining through trees, revealing light and shadow, hope and despair.

They are artful yet concise, candid yet snappy as gum, and vary between personal grief and the grief Hardin witnesses, sometimes within the same paragraph, drawing the thinnest line from his middle-class upbringing to the “grinding, generational poverty” of the residents he serves.

The fugitive quality of the book’s structure and plot also parallels the arc of his strained on-again, off-again relationship with his mother, who eventually descends into dementia. “I chase a mirage of validation,” Hardin wrote as he considers both his role as a human standpipe and his mother’s thorny love. While his story runs as an undercurrent, touching riverbanks of grief as we go, the main conundrum is Flint, where Hardin understands he delivers water, not salvation. “I am toiling on the right side of a river of betrayal and indifference,” he wrote.

Delivering water helps “dispel the nagging guilt of a slumming dilettante, but only a little” Hardin wrote, while wondering whether it’s possible to make a difference in a place “where the devastation extends back decades”. The author’s ongoing internal dialogue and conflicted fealties scaffold the conundrums and questions the book asks: Can bottled water, lead-free pipes or million-dollar settlements fix underlying systemic social and racial injustices or eliminate the repercussions to the families Hardin meets? It’s a conflict as stark as the gleeful “rooty-toot-toot” of Hardin’s vehicle as he approaches residences and the gloomy necessity of his task.

Meanwhile, Flint is still a disaster not explosive enough to make headlines anymore. It has become, like so many such sacrifice zones, an island of despair and invisibility, relegated to the economic, political and cultural periphery by agencies and leaders who are supposed to support them, and by the media when they get bored. Hardin makes clear that the machinations of the solution – delivering water to thirsty people – can be part of the problem. “The less time we spend at each stop, the more water we can distribute during our shift.” Timekeeping, data and accountability are what make the world go around. But the darker side of statistics and efficiency is also what leaves empathy and human prosperity to remain submerged. 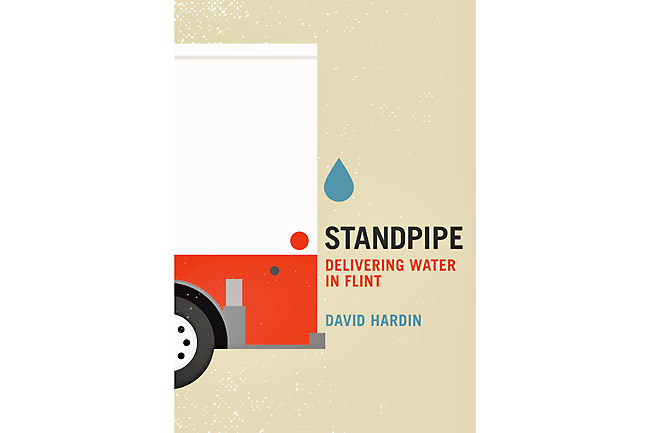