Held at the Community Hall of Kampong Bukit, the event allowed for the dissemination of information pertaining to current issues and government policies, while at the same time serving as a platform for public feedback.

Acting Deputy Director of Information Hajah Hamsah binti Datu Kerna Haji Jaya discussed the dangers of spreading false information via social media platforms. In the digital era, unsubstantiated viral messages travel fast, and have the potential to disrupt social harmony and national security. Attendees were reminded that under Section 34, Chapter 148 of the Public Order Act, anyone who, either verbally or in writing or by any means spread false information or made false statements that may cause alarm to the public, may be prosecuted and sentenced to imprisonment for up to three years or BND3,000 fine.

Whoever commits or attempts to commit or prepares or conspires to carry out sedition; using words that are inflammatory; print, post, sell, offer to sell, distribute or reprint any incitement; as well as bring in newspaper that is in the form of sedition, unless he has no suspicion that it is in the form of sedition, then those who commit these offences may be sentenced to imprisonment of up to two years and a BND5,000 fine, as stated in the Act and Section 4 (1), Chapter 24 of the Sedition Act.

Officials from government and private agencies including the Public Works Department, the Ministry of Development and Brunei Shell Marketing Company Sdn Bhd (BSM) also delivered briefings and attended the talk.

The programme intends to improve relations between the government and the people, while providing insights into the development of mukims. 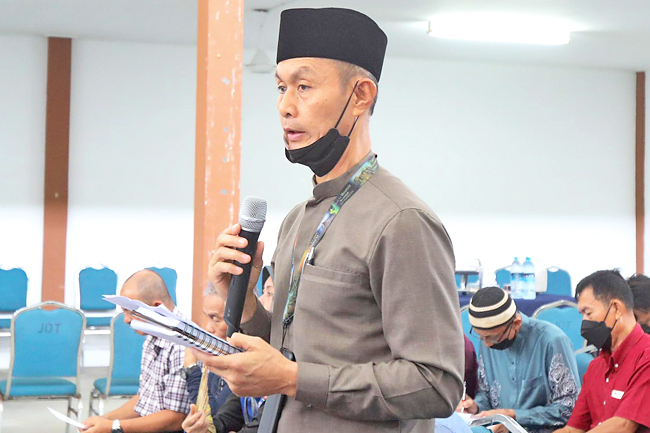