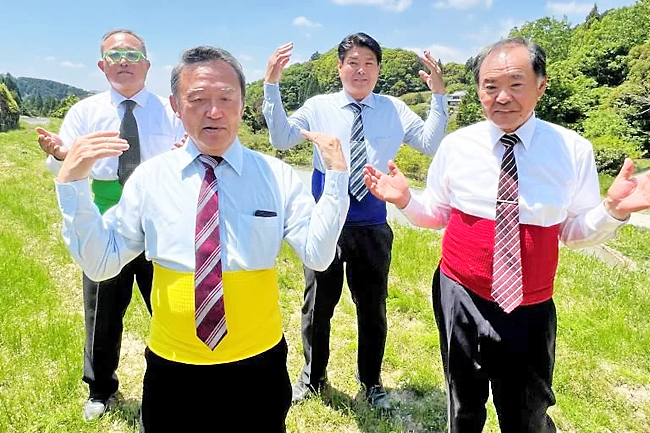 The group’s mission? To promote their small countryside town, whose population is in decline, through dance routines to pop tunes that fans call “adorable”.

Since their first post in February, the videos, filmed in choice locations from playgrounds and shrines to municipal buildings, have been viewed more than 16 million times.

The four call themselves ojiqun – a slang word used by young people that mixes ojisan, which means “old men” in Japanese, and kyun, meaning “heart-throb”.