The Polish studio said it sold more than 13 million copies of the game by December 20, a figure which factors in the number of refund requests the company has received. The update doesn’t include information about the scale of refunds themselves, just providing the net sales number.

Cyberpunk was so plagued by glitches that Sony Corp pulled the title from its PlayStation store while Microsoft Corp offered full refunds for Xbox users.

Morgan Stanley downgraded the stock to equal-weight from overweight following the sales update.

“It’s difficult to believe CD Projekt has the capacity to deliver as heavy a slate of new content as we previously expected,” Morgan Stanley analysts Omar Sheikh and Patrick Wellington wrote in a note to clients. The most important near-term issue is the timeline to fixing Cyberpunk bugs, they said.

The 13 million copies of Cyberpunk represents the estimated volume of retail sales across all hardware platforms, factoring in returns submitted by retail clients in brick-and-mortar as well as digital storefronts, CD Projekt said in a regulatory filing on December 22. Analysts surveyed by PAP newswire had estimated the game would sell 16.4 million copies by December 24.

The sales number amounts to about half of the 12-month sales forecast in a Bloomberg survey of nine analysts, which was taken before Sony removed the game from its store.

The game had more than eight million pre-orders and broke the record of day-one sales for any PC game, before triggering an online outcry from players frustrated with its poor performance and a plunge in CD Projekt’s share price.

MBank SA’s analyst Piotr Bogusz estimates the number of refunds at about three million, with net sales rising to 14.5 million by end-2020 and to 30.5 million by end of next year.

“It seems that most of the refunds have already happened and that risk is now gone,” he said on December 23. “Sales could speed up once the company releases new patches in January and February, and once the game is reinstated in Sony’s store. However, one needs to bear in mind that the further away from launch day, the lower the price for the game.”

Bogusz sees the studio’s next releases as the biggest challenge for the company and its shareholders. “Now a question should be asked if earnings in 2022 and 2023 are justifying the current valuation of the company,” he said.

Barclays said in a research note on December 23 they don’t expect the 13 million to change much by end-year, especially as more refunds are coming, while Jefferies analysts, including Ken Rump, also see a year-end consensus of 14 million to 15 million copies as “too high”.

“While the number ranks Cyberpunk as one of the top selling titles this year, it implies lower PC sales or higher refunds on console than we anticipated,” Jefferies analysts said. “We note that more refunds could still flow in.” 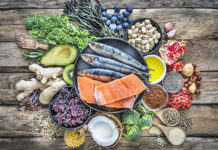