Customs Dept seizes over 40 luxury vehicles worth over MYR11M

ANN/THE STAR – The Customs Department has seized more than 41 luxury and exotic vehicles and nine high-powered motorcycles worth over MYR11 millions.

The vehicles were brought into the country without valid import documents.

“We conducted Ops Bearing to detect vehicles being brought into the country without valid import documents.

“Among the vehicles seized were a Ford GT40, a classic Ford Mustang, a Mazda RX7, a Volkswagen Kombi, a Mini Cooper Clubman, a Toyota Harrier and a Toyota Vellfire,” he told reporters at Wisma Kastam at Pulau Indah yesterday. 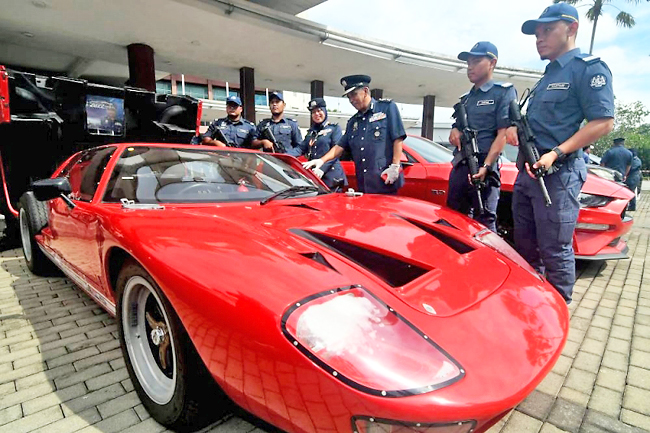 He said the vehicles were brought in from countries including Japan, the United States and the United Kingdom.

“Based on our investigations, some of these vehicles were brought in by students.

“They might not have been aware that they need to have an approved permit in hand before bringing the vehicles in,” he said, adding that ignorance of the law was no excuse to be let off the hook.

He said the vehicles seized were worth at least MYR4.24 million with MYR7.12 million in unpaid duties.

“We have opened investigations under Section 135 of the Customs Act 1967 for attempting to import prohibited items.

“We urge anyone with information on smuggling activities to come forward immediately.”