His Royal Highness Prince Haji Al-Muhtadee Billah ibni His Majesty Sultan Haji Hassanal Bolkiah Mu’izzaddin Waddaulah, the Crown Prince and Senior Minister at the Prime Minister’s Office, as representative of the Government of His Majesty the Sultan and Yang Di-Pertuan of Brunei Darussalam signed a Book of Condolence at the residence of the British High Commissioner to Brunei Darussalam in Bandar Seri Begawan, following the recent passing of Her Majesty Queen Elizabeth II, Queen of the United Kingdom of Great Britain and Northern Ireland.

The arrival of His Royal Highness was greeted by British High Commissioner to Brunei Darussalam John Virgoe.

Her Majesty Queen Elizabeth II passed away on September 8 at the age of 96 years.

Following the passing of Her Majesty Queen Elizabeth II, His Majesty King Charles III – son of Her Majesty – was proclaimed King of the United Kingdom of Great Britain and Northern Ireland. 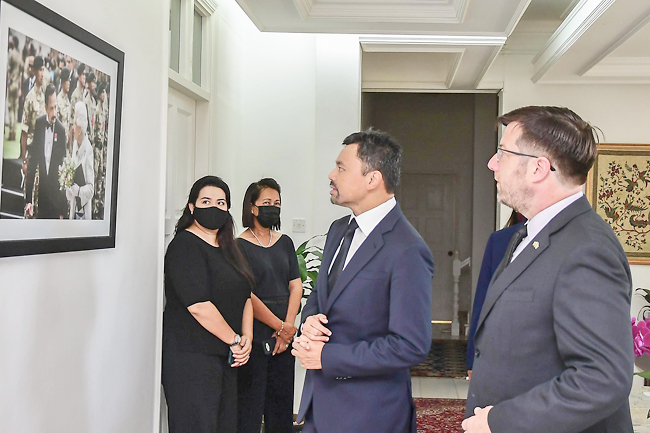