The ceremony commenced with the recitation of Surah A’basa by Ahmad Ridhwan Azzawani bin Haji Zainul Ariffin, followed by the interpretation of the verses read by Mohd Afif Fikri bin Haji Abu Bakar.

The minister said that in the 13 years the ‘Aliyah Qira’at Diploma has been awarded by the institute, there have been 193 graduates, with most pursuing studies at the degree level at local and foreign higher learning institutions.

“Alhamdulillah, they have not only blessed the country with their Al-Quran memorisation, but also contributed their services in the government and private sectors. 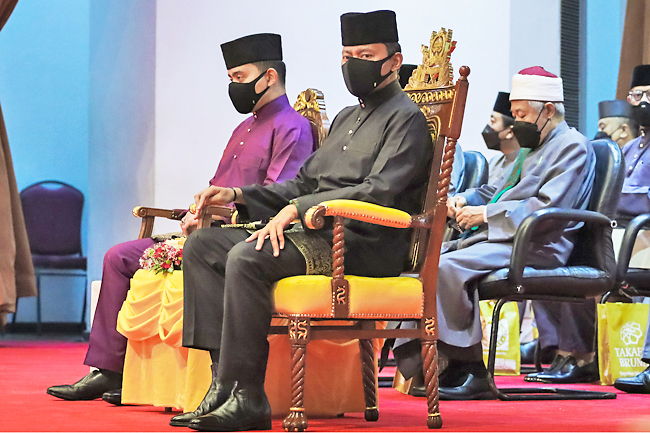 “There are many youth who have achieved academic excellence. Insya Allah, they will have the opportunity to be experts in various fields including religious education,” the minister said.

“They are part of the citizens helping to achieve Brunei Vision 2035, who are highly educated and skilled. The education that they have attained is in line with the country’s vision,” he added.

He said those who read Al-Quran receive blessings from Allah the Almighty, enlightening their lives and keeping them on the right path.

The awarding of ‘Aliyah Qira’at Diploma to ITQSHHB graduates served to acknowledge their achievements and success, particularly in the fields of Al-Quran memorisation and Qira’at knowledge.