Luka Modric (AP pic; below), Mateo Kovacic and Marcelo Brozovic helped Croatia earn a 1-1 draw with the record five-time winners after 120 minutes, with the European side triumphing 4-2 on penalties.

Even though Brazil had by far the more dangerous openings, with 11 shots on target to Croatia’s one, possession was split evenly.

Croatia’s midfield was able to help them keep the ball for an hour of the game, stopping the likes of Neymar, Vinicius Junior and Raphinha racking up even more opportunities.

“I said several times that Croatia has the best midfield in the world,” proud coach Zlatko Dalic told a press conference. 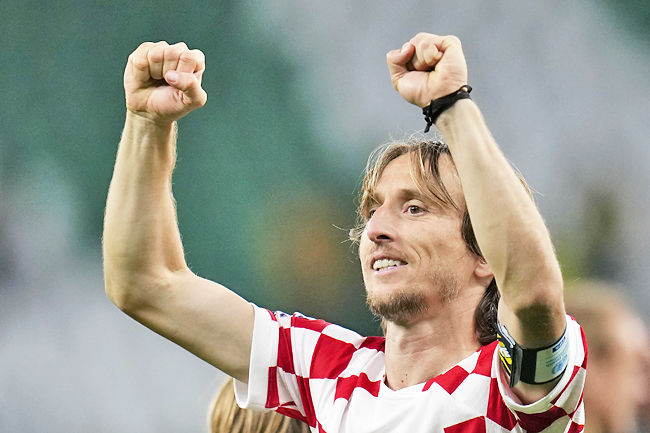 “We can pass the ball, control the game and control the ball, we did that today. Our midfielders were not hasty, that was the most important part.

“I believe the midfield is the best part of our team, they (kept) possession and blocked our opponents.”

Celtic right-back Josip Juranovic, who also put in a fine display in the win over Brazil at the Education City Stadium, agreed with his coach.

“We believe in ourselves – I can say we have the best midfielders ever,” said Juranovic.

“Brozovic, Modric and Kovacic – if they are in the game I think that we will control the game 90 per cent.”