ZAGREB (AFP) – With inflation mounting and precarious geopolitical headwinds rattling Europe, Croatia hopes that its upcoming switch to the euro will bring some semblance of protection to the Balkan country in an uncertain world.

On January 1, Croatia will bid farewell to its currency – the kuna – to become the 20th member of the eurozone.

The former Yugoslav Republic, which joined the European Union (EU) nearly a decade ago, posted an annual inflation rate of almost 13 per cent in September, compared to 10 per cent in the eurozone.

In the build-up to the changeover, authorities have been constantly hammering home the advantages of adopting the euro for the country’s 3.9 million inhabitants.

“The euro brings resilience,” Ana Sabic of the Croatian National Bank told AFP, arguing that Zagreb will, if needed, have access to more favourable borrowing conditions amid economic hard times.

Since July, the European Central Bank has embarked on a policy of monetary tightening as it attempts to rein in galloping inflation caused by soaring energy and food prices triggered by the Russian war in Ukraine.

Analysts continue to argue that eastern European countries in the EU with currencies outside of the eurozone, such as Poland or Hungary, have been even more vulnerable to surging inflation.

“It is actually an ideal moment for the euro switch,” said the chief economist with the Croatian Chamber of Commerce Goran Saravanja. 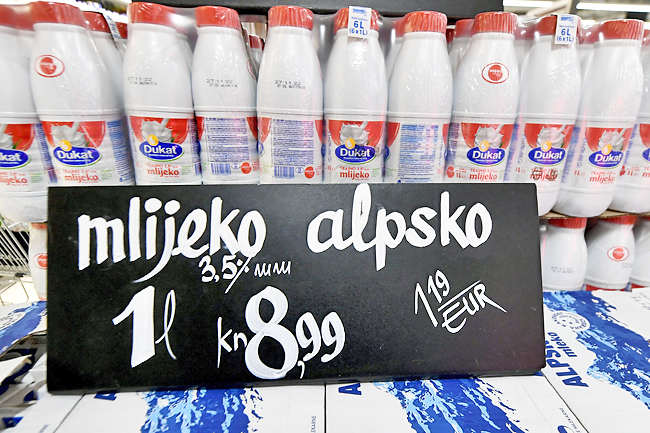 “When major uncertainty dominates the global economy, for a small and open economy like Croatia it’s always better to be a part of a larger association like the eurozone,” he added.

Croatia’s main trading partners are in the eurozone, while the tourism sector – which accounts for 20 per cent of its GDP – caters to large numbers of European visitors. And Croatians have already adopted the euro to a large extent, with about 80 per cent of bank deposits denominated in euros.

They have long valued their most prized possessions such as cars and apartments in euros, displaying lack of confidence in local currency dating back to the former Yugoslavia which was gripped by high inflation before its breakup.

During the Yugoslav era and after Croatia’s independence in 1991, properties were mostly valued in the German mark until the introduction of the euro two decades ago.

“Life will be easier, we calculate everything in euros anyway,” said Roman, an economist from Zagreb who refused to give his surname.

Retired pharmacist Milan Batur dismissed concerns from those who fear some traders are taking advantage of the coming transition to the currency to round up prices.

“It’s other things, wars, shortages that cause prices to rise. We can’t blame everything on the euro,” said Batur.

However some still worry they will take a financial hit by the move.

“The calendar may not be ideal, we could perhaps have postponed it a little because of the situation in the world,” florist at a market in Zagreb Zdravka Antonic told AFP.

“People are already worried about how this is all going to end and the euro just adds to the uncertainty.” Since early September, the price of bouquets, like those of other goods and services, bears a double label – with a conversion rate set by Brussels at HRK7.53 to EUR1.

The system will remain in effect throughout 2023.

“A country that has its own currency is more independent. But when we joined the EU, we also accepted the euro,” said vegetable seller Ana Brkic.