AP – Credit Suisse has agreed to pay USD495 million as part of a settlement with the United States (US) over a yearslong dispute tied to mortgage-backed securities, an investment vehicle that played a central role in the 2008 financial crisis.

The Swiss bank said some of the transactions were prior to 2008.

The New Jersey Attorney General, which announced the settlement yesterday, filed a lawsuit in 2013 alleging over USD3 billion in damages citing the involvement of Credit Suisse.

“This agreement in principle holds Credit Suisse accountable for the loss of billions of dollars that helped put the nation in financial crisis,” said First Assistant Attorney General Lyndsay Ruotolo.

“It has taken over a decade of investigation and litigation to reach this historic result, but we never wavered in our resolve to get here. The recovery Credit Suisse has agreed to pay reflects the magnitude of harm it inflicted on the public and underscores New Jersey’s commitment to vigorously pursue cases, no matter the challenges, to protect the financial interests of the investing public.”

Credit Suisse said yesterday the settlement allows the bank to resolve its only remaining mortgage-backed securities matter involving claims by a regulator, the largest it faced.

Credit Suisse has run into a series of troubles in recent years, including bad bets on hedge funds and a spying scandal involving UBS. Also, a Swiss court fined the bank over USD2 million in June for failing to prevent money laundering linked to a Bulgarian criminal gang over 15 years ago.

In July, Credit Suisse CEO Thomas Gottstein announced that he was resigning after two and a half years in the job. 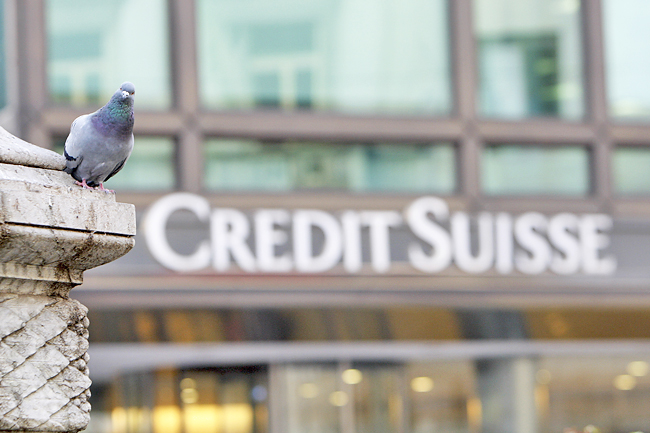