“Still!” he tells his fellow ghost hunters. They hold their breath, waiting for a response from the shadows.

It’s been around two years since Bright, 39, set up ‘The Upsidedown’, a group of paranormal enthusiasts hunting ghosts in a bid to prove they are real.

It’s a daunting task, given spirits are proverbially evasive.

“It’s a broken science,” Nigel Mullinder, 29, a member of the team who during the day works at a casino, said of the study of paranormal events, which has drawn the interest of researchers and parapsychologists but produced little hard evidence.

Bright and his team of “sceptical believers” – five men and two women – have turned to tech to solve the mystery.

Armed with an arsenal of tools including infrared cameras, motion and heat detectors, radios, and a self-developed app to uncover paranormal activity, they scout haunted buildings looking for clues in cavernous hallways and rusting stairwells. 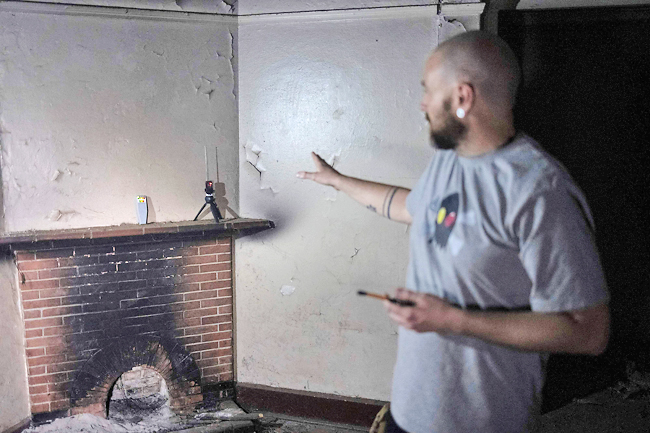 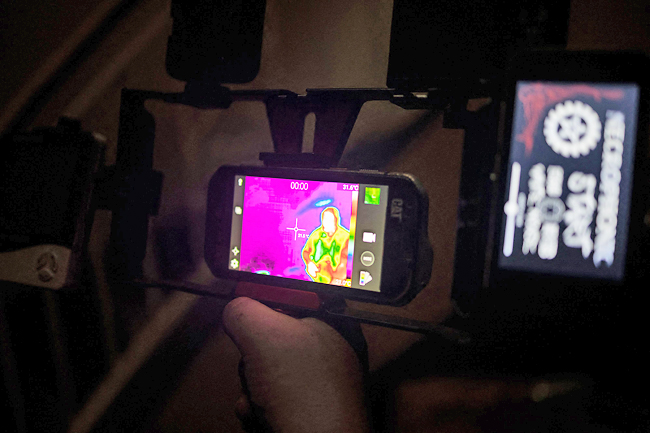 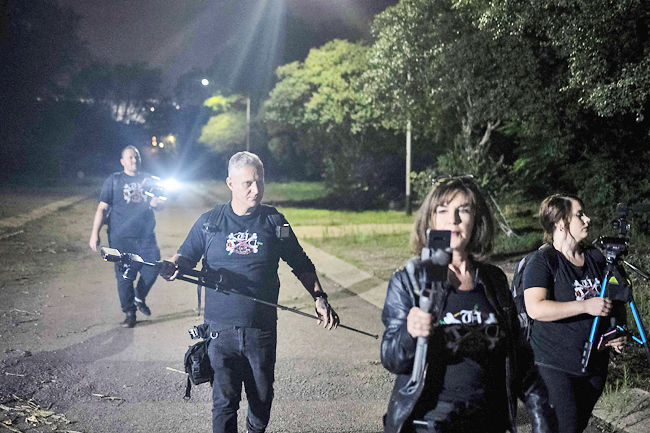 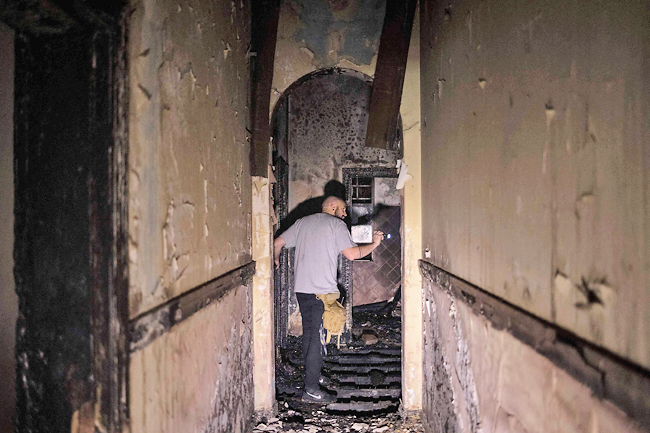 “(We) need a set of evidence that would allow us to prove that it’s not just the wind (blowing) through the window or a door closing because of some sorts of vibrations,” said Mullinder.

Tonight they have come to an abandoned building within the campus of one of South Africa’s largest universities, which asked not to be named.

Night guards here have been spooked by creepy noises.

Lucy Tsoeu, 46, said slamming doors and the clacking of a typewriter at night have led her to believe a ghost is hanging about.

Her colleague Mpho Mthombeni, 30, said he has heard toilets flush and felt a strange presence when there was no one about.

“What can I do? Do I pray, or shall I speak louder to scare them away?” asked Tsoeu.

“Maybe they’ll be able to cool them down,” she said of the ghost hunters, half worried and half excited.

“My mother would claim to speak to spirits” in her kitchen, he said.

Since he founded ‘The Upsidedown’, the group has gathered a few thousand followers on social media, spent several thousand dollars on equipment and searched about a dozen premises, following tip-offs from anxious locals.

At the university building the group checks every room, placing their detecting tools on a floor covered with dead leaves.

“We are literally a bunch of guys that stand in the dark, ask questions… and follow red and green blinking lights,” quipped Bright.

Bright rings a bell to signal to the ghosts that he wants to talk to them – but there is no reply.

“We are not here to hurt anybody or remove you from that place. All we’re looking for is answers,” said Bright.

Gunshots echo in the distance. Pretoria is the capital of what is considered one of the world’s most dangerous countries.

“Did you hear that? I could clearly hear someone call my name,” said a member of the team. It’s hard to corroborate. As the hunt goes on, others in turn sense a movement or hear a sigh.

The group, made up of white, middle class South Africans, has been to this building once before a month ago.

Then, its members say they communicated with the spirits of children in a room that was used as a makeshift morgue during violent riots in the 1980s.

Mullinder tries to get in touch again, listening to a radio frequency meter while blindfolded.

Everything is filmed to capture potential evidence. But the result is inconclusive.

“I can understand why people would think we are crazy, but when we finally get that unsolvable massive piece of evidence… who’s the crazy one then?” said Bright.