Prices of food and non-alcoholic beverages increased by 3.6 per cent, according to the Department of Economic Planning and Statistics (JPES).

Meanwhile, non-food prices increased by 1.4 per cent. The CPI increase was largely attributed to increases in the prices and costs of transport which rose by 5.9 per cent; food and non-alcoholic beverages (3.6 per cent); and communication (2.6 per cent).

However, the department said it was moderated by the decrease in prices and costs of clothing and footwear which dropped by three per cent; furnishings, household equipment and routine household maintenance (0.8 per cent); and miscellaneous goods and services (0.4 per cent). 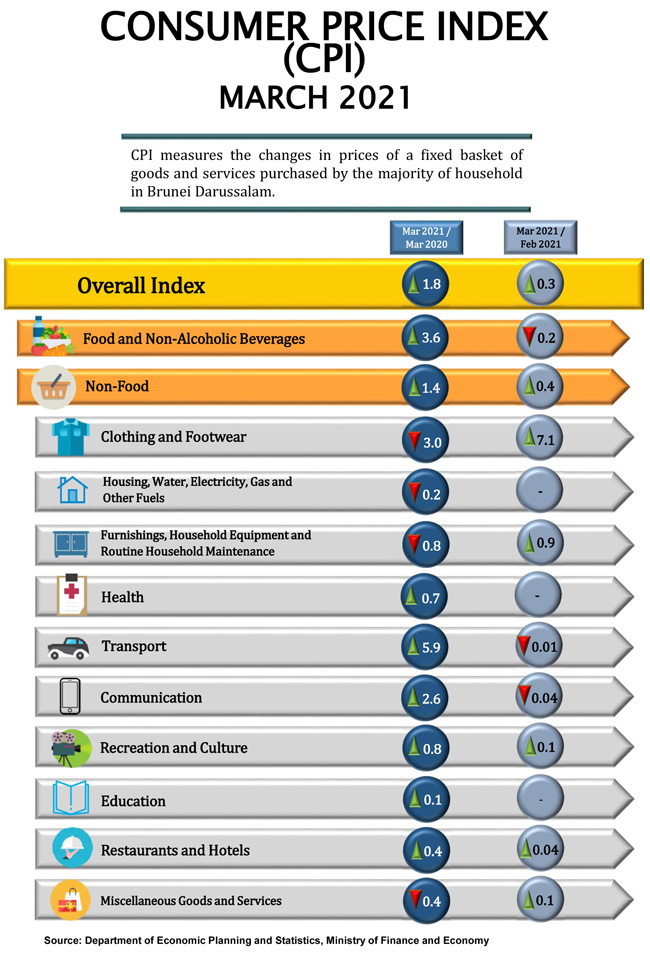 Rising prices of food and non-alcoholic beverages were driven by the hike in food prices such as beef and buffalo meat; vegetables; and fruits. The increase in the price of beef and buffalo meat was due to, among others, increased domestic demand from travel restrictions and limited import supply.

Meanwhile, the increase in the price of vegetables was due to uncertain weather conditions.

On a month-on-month basis, the CPI in March increased by 0.3 per cent compared to February. The Food and Non-Alcoholic Beverages Index decreased by 0.2 per cent while the Non-Food Index increased by 0.4 per cent.