The Ministry of Health (MoH) has done a stellar job throughout this year to contain and control the COVID-19 virus.

Continued vigilance would be prudent, considering the recent reports of more transmissible strains circulating in the United Kingdom (UK) and South Africa.

The new strains have also been detected in people completing quarantine in Australia and Singapore, with a recent case of a 17-year-old Singaporean student returning from the UK.

Singapore has taken decisive measures, and as from this week, all long-term pass holders and short-term visitors with a recent travel history to the UK within the last 14 days will not be allowed to enter the city state.

The new strain detected in South Africa appears to be more transmissible and has mutated further than the UK variant. Due to these fast-spreading strains, many countries have imposed stricter travel restrictions and tighter border controls, with bans on travellers coming from the UK and South Africa.

Malaysia stated on December 23 that a new COVID-19 strain, similar to the ones in the UK and South Africa, has been detected from recent samples taken in Sabah. This is rather concerning with Sabah being a close neighbour of Brunei Darussalam.

I envisage that the local authorities are closely monitoring these unfolding situations, and heightening measures and tightening controls to prevent these highly transmissible strains from spreading to Brunei.

Many countries are seeing a rise in case numbers and are continually having to revise control measures.

Australian states are tightening their hotel security measures and limiting the number of hotels available to overseas flight crews, who now have to also undertake mandatory quarantine in some states; all this after a number of South American crew members left their hotel during quarantine.

Singapore is currently investigating a number of return travellers, who tested positive during hotel quarantine stays. The travellers, all from different countries, shared a similar genome, which led the authorities to investigate a common source – the hotel where the travellers had completed quarantine.

A number of hotel staff returned positive serology tests, which strongly pointed to them being the source of infection.

In Australia recently, return travellers were also at risk, when a driver transporting people to their hotel and a nurse administering testing both tested positive.

These cases have prompted authorities in a number of countries to assess the risks that frontline workers pose.

Given the current COVID climate, combined with the risks that the new strains pose, has the Bruneian authorities considered the prioritising of frontline workers, such as airline crews, baggage handlers, hotel quarantine staff, drivers and nurses, for regular testing?

As case numbers around the world increase, we need to remain vigilant, practise good health hygiene and support all of the health directives that have kept the citizens and residents safe this year. 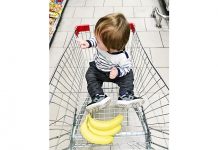 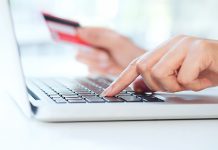 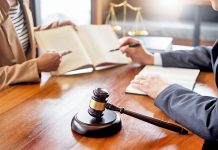