FRANCE (AP) — It’s been a tough year for the performing arts in most countries, with virus lockdowns cancelling shows and shuttering venues.

But the world’s top circus festival has found a way to flourish between the cracks in the rules — even without the huge crowds that would normally have attended.

The fourth edition of the Circus Biennale (BIAC), held every two years in the south of France, celebrates the injury-defying and spine-stretching arts that fuel the storied spectacle.

Even that is a testament to the grit and determination of the organisers, who skillfully adapted their festival to the French authorities’ regulations. “We started with a plan A, then plan B, then plan C, then plan D, and finally we decided to do plan E which was a Biennale for professionals. That was possible, we were allowed to do it,” said BIAC organiser Raquel Rache de Andrade.

The dozens of performances featured upside-down tutus, acrobatic bicycles, multicolored parachutes and enough contortionism to shock a chiropractor. Virus safety signs put up at the port-side venue showed a clown with red nose, bow tie and mask, and the accompanying text: “Having a big nose does not exempt you from wearing one.”

In France, theatres, concert halls and other venues have been shuttered since Oct. 30 due to COVID-19. Before that, they were shut from mid-March to late June. No one knows when the performing arts will begin again. But it’s important to show that culture is essential, according to Yoann Bourgeois, a dancer and choreographer who trained in the circus arts and is the flagship artist of this year’s BIAC.

“The management of this crisis has had an extremely violent impact on poets, artists, people who dedicate their lives to culture in general,” Bourgeois said. “It has categorized what is considered essential or non-essential. We are convinced that poetry is essential to live.” 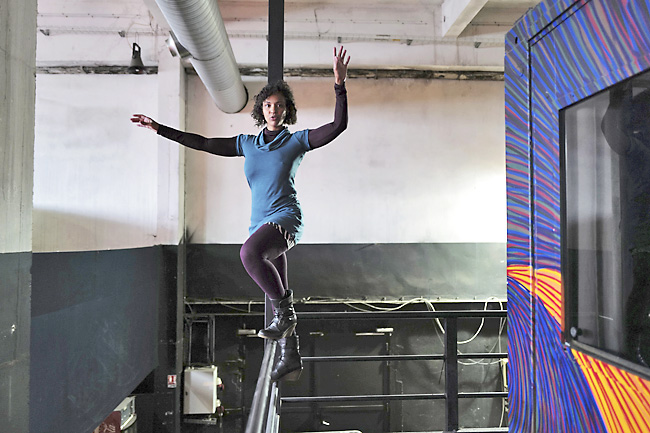