A new survey conducted by marketing research company Ipsos for the World Economic Forum (WEF) has found that optimism is significantly higher in emerging economies in terms of attitudes towards artificial intelligence (AI).

According to a WEF press statement, the survey found that six out of 10 people expect that products and services using AI will profoundly change their daily life in the next three to five years while half feel that this has already happened.

“Sixty per cent of respondents believe that products and services using AI will make their life easier, but four in 10 admitted that the use of AI makes them nervous,” it was shared.

The statement explained that for the purpose of the survey, AI was defined as “computers and robots doing things which traditionally require human intelligence”.

On average, almost two-thirds (64 per cent) of respondents claimed that they have a good understanding of what AI is, based on this definition. However only half (50 per cent) said that they knew which types of products and services use AI. 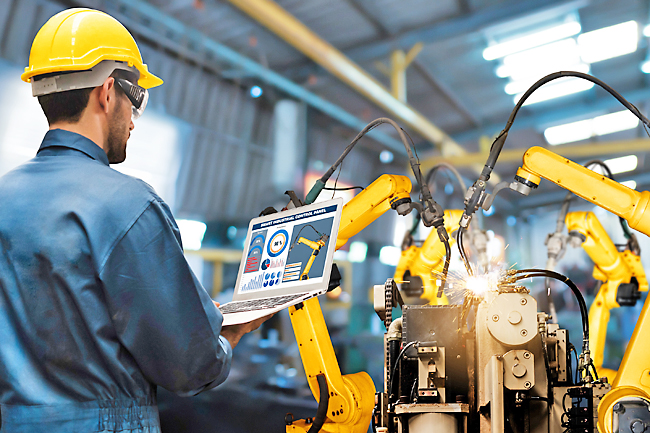 “Reported familiarity with AI varied among demographic groups, with business decision-makers (74 per cent), those with a university degree (71 per cent), and those in their country’s upper-income tier (71 per cent) most likely to report a good understanding of it. On average, men were also more likely to say that they understand AI than women were.”

With regards to the impact of AI on daily life, the survey found that although a majority of global respondents agreed AI is likely to profoundly change everyday life, certain sectors were expected to experience more noticeable levels of change than others.

“The areas that people expect to change the most due to AI are education and learning (35 per cent), safety (33 per cent), employment (32 per cent), shopping (31 per cent), and transportation (30 per cent).”

The survey also found that citizens of emerging economies were significantly more likely than those from more economically developed countries to expect AI to significantly impact daily life.

Similarly, when asked whether AI would make their lives easier or better, respondents were more likely to be optimistic in less economically developed countries.

However, the survey found that the global public was evenly divided on its benefits when it comes to income (positive outlook at 53 per cent), personal and family relationships (50 per cent), and employment (47 per cent).

Meanwhile, only four in 10 expect AI to improve costs of living (42 per cent) and freedom and legal rights (37 per cent).

In the press statement, Head of Artificial Intelligence and Machine Learning at the WEF Kay Firth-Butterfield said, “In order to trust artificial intelligence, people must know and understand exactly what AI is, what it’s doing, and its impact.”

“Leaders and companies must make transparent and trustworthy AI a priority as they implement this technology,” she said. “At the WEF, we are focussed on multi-stakeholder collaboration to optimise accountability, transparency, privacy and impartiality to create that trust. With the ability to solve many of society’s pressing issues, we are focussed on accelerating the benefits and mitigating the risks of AI and machine learning. Only then can we gain public trust and benefit from the rewards of emerging tech like AI.”