The Universiti Brunei Darussalam (UBD) Football Championship 2021 among Higher Learning Institutions continued with the fifth match between Cosmopolitan College of Commerce and Technology (CCCT) and Institute of Brunei Technical Education (IBTE) at Field ‘A’ of the UBD Sports Complex yesterday.

IBTE are chasing for an elusive victory after starting their campaign in a 3-1 defeat to Politeknik Brunei (PB). Their next game will be against Religious Teachers University College of Seri Begawan (KUPU SB) on June 30.

The religious institution enjoyed a 7-4 victory over Micronet International College in their first game to join PB into the qualifying spots. Only the top two teams from each group will make the semi-finals.

CCCT, who made their first start against IBTE, will hope to collect full points when they meet Micronet next Monday to boost their chances of advancing to the next round. 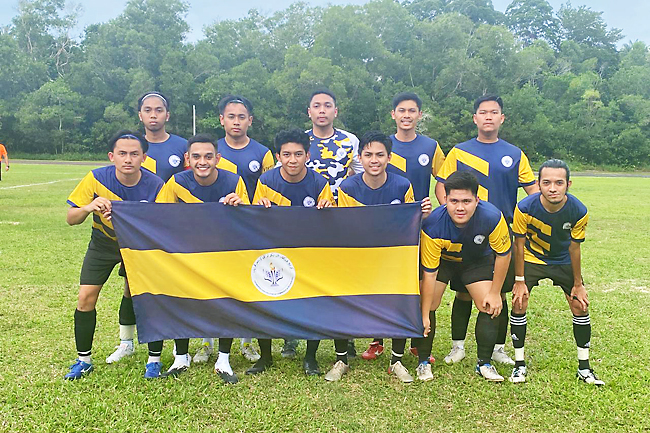 On Saturday, Laksamana College of Business (LCB) opened their campaign with a 1-0 win over Universiti Teknologi Brunei (UTB) in Group ‘B’.

The competition continues today with PB taking on KUPU SB in a top-of-the-table clash at the same venue.

Jointly organised by UBD’s Student Affairs’ Section and Students’ Association, the competition, which entered the second week yesterday, will conclude with the final match on July 31.