THE WASHINGTON POST – Many of us have been spending more time at home over the past 10 months, and a lot more of that time has been spent alone. With the coronavirus pandemic cutting off access to friends and social circles, and all the places we used to gather, that’s no surprise.

And if you’re by yourself, you’ve most likely been cooking for one.

“You might have roommates, you might be partnered, but we’re all spending way more time at home, and we’re all having to kind of do everything, and that includes cooking,” said cookbook author Klancy Miller, who has seen a resurgence of interest in her 2016 book, Cooking Solo: The Fun of Cooking for Yourself.

In addition to stay-at-home efforts intended to limit contact with other people, Miller sees the solo-cooking boom prompted by the closure of restaurants and the financial pinch experienced by people who may be less able to afford eating out (or, more likely, in via takeout).

Chef and cookbook author Anita Lo, who published Solo: A Modern Cookbook for a Party of One in 2018, sees another important angle to mounting the effort to cook for yourself. “Because our mental health is at risk at this point, it’s really important” to take care of your body. “Cooking a meal is something you can control.”

Here’s some advice from the two experienced solo cooks to help you eat well and feel more confident and relaxed, too. 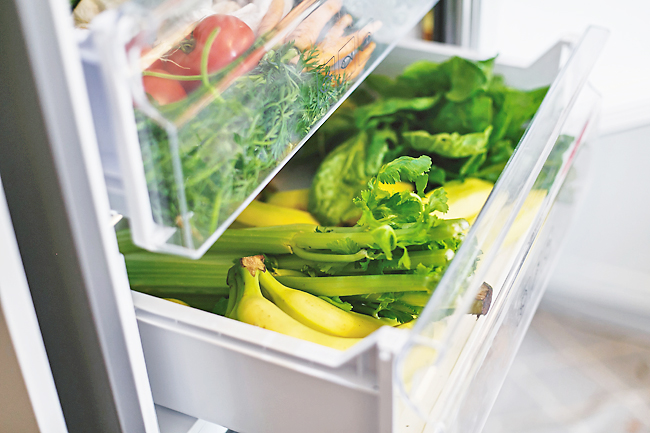 Be sure to have a list, Miller said. That helps you plan and not spend more than you intend, but these days it means you can get in and out of the store quicker – important in a pandemic. She recommends keeping ingredients on hand that last well and lend themselves to using as much or as little as you need, which is key for a single cook. Shelf-stable options such as rice, beans and lentils fall into both categories. Eggs and some produce (carrots, potatoes, onions, cabbage) are good standbys.

Still, larger quantities can be an issue for solo cooks. “I think it’s a problem that everything in the grocery store is packaged for a family of four,” Lo said. “I think it’s a little oppressive, in my opinion.” Lo suggests two strategies. One is to go to places where you can buy exactly what you need – straight to the butcher, fishmonger and farmers market. The other is to break down larger packages into smaller amounts. This is easy to do with something like chicken thighs, ground meat or even slices of bread. “I think you need to get comfortable with your freezer,” Lo advises, adding that a vacuum sealer can be especially helpful here.

For ingredients that are hard to buy in smaller quantities, find ways to preserve them, such as herb pastes or sauces that can be frozen with some olive oil. Quick pickles and blanching then freezing produce are two other ways to buy yourself more time.

PREPARE INGREDIENTS THAT CAN BE USED IN A VARIETY OF WAYS

This is where Miller leans in heavily on something like a batch of lentils, which she’ll combine with rice or vegetables and incorporate into a soup. Cookbook author Katie Workman devised a plan for intentional leftovers with ways to reinvent sheet pan roast chicken and grilled sausages. Miller said the classic roast – or store-bought rotisserie – chicken is always a possibility, ready to be used in sandwiches, soup and more.

MAKE MEALS YOU CAN STASH AWAY FOR LATER

Plenty of solo – and other – cooks are not interested in days and days of the same leftovers. That doesn’t mean never making a larger-scale recipe. Consider dishes that are easy to freeze, portion and defrost and that you’ll thank yourself for later. The additional effort spent up front will pay off in the long run. Lo recommends dumplings as one option, as well as lasagna and spanakopita. I almost always have a stash of cooked meatballs in the freezer, which save the day fairly often when feeding a kid. Stews and soups are other freezer-friendly meals. Even if you don’t want to eat the same thing every day, “you don’t have to cook every day,” Lo said.

Miller said that as pandemic cooking fatigue set in, she started relying on prepared sauces to zest up her meals, citing Haven’s Kitchen and Brooklyn Delhi as two of her favourites. She also recommends Basbaas Somali Foods, whose coconut cilantro chutney is a favourite of my colleague, G Daniela Galarza. When Miller feels like making something from scratch, she turns to a lemon garlic tahini sauce. These condiments are the types of things that can be added to those premade staples – rice, beans, roasted vegetables, etc. – for a quick meal without a lot of effort.

But you don’t even have to commit to a full-blown sauce. Lo endorses keeping ingredients such as lemongrass and ginger in the freezer, which add instant flavour to an improvised soup or stir-fry.

SCALE DOWN RECIPES WITH CARE

Not surprisingly, given that they both wrote cookbooks about cooking for one, Lo and Miller generally favour seeking out recipes already designed for one rather than trying to scale down recipes with more servings. “It’s a lot easier to multiply than to divide,” Lo said.

That’s not to say it can’t be done, at least for some recipes. To make the math easier, Miller said try to stick to halving a recipe that was developed to serve four. “Maybe you’re really hungry or if you like it, maybe you’ll be excited about leftovers,” she said. Once you start, say, quartering a recipe, you may veer too far away from how it was originally developed, which is always a gamble.

Reducing the quantity of ingredients is not the only step. You will probably need to cut back the cooking time and possibly the size of your equipment – a saucy curry for four originally designed to be cooked in a 12-inch skillet, for example, will not necessarily work as well when scaled down and kept in that same pan.

Lo recommends investing in some smaller kitchen hardware. Consider an eight- or 10-inch skillet, a two-quart saucepan and an immersion/hand blender. Rather than a larger food processor, Lo often uses the chopper attachment to her immersion blender (which you’ve probably seen in action if you’re a regular viewer of The Great British Baking Show). Lo strongly recommends a scale, which can be handy for portioning out smaller amounts of proteins and dry goods (pasta, rice, beans, etc).

Miller said she rarely bothers scaling down baked goods, preferring to give away extras to friends.

CUT YOURSELF SOME SLACK

Miller recalls that at the beginning of the pandemic, she dove headfirst into eagerness to cook for herself. In March, April and May 2020, “it was still a pleasurable activity . . . I was a little more adventurous.” Then, “sometime over the summer, it became a chore.” She has shifted to trying to keep things simple. “Now in the burnout phase, I don’t judge myself. Period.”

So manage your expectations. “There’s always another meal if you mess up,” Miller said. If it’s within your budget, get takeout when you need or want to, which has the added advantage of supporting the many restaurants that are suffering these days. Plus, you can always dress up your leftovers, which Miller does.

Just go easy on yourself, regardless of what you decide. “We’re all living through an extremely crazy time,” Miller said. “That’s my pep talk. We can only do so much.”