Muslim converts should enhance their knowledge and practise what they learnt by creating harmony at home and with neighbours of different beliefs.

The minister said this will set an example to those following different religions and preserve harmony and respect of Islam as the state religion.

The minister said Muslim converts are eligible recipients of Zakat and the PDI and Brunei Islamic Religious Council (MUIB) are working together to improve the standard of living of the Muallaf as well as giving them religious guidance.

Some 151 people received certificates at the event.

In an interview with the Bulletin, Nurtasha binti Abdullah from the Brunei-Muara District said, “The programme benefits us by giving us basic knowledge on Fardhu Ain and the recitation of Al-Quran. Activities included Qiamullail, learning Hijahiyah Arabic alphabet and attending religious talks.”

Airolvin Furqan from Kampong Bebuloh said, “I joined the knowledge enhancement scheme in three phases from 2019 to 2022. The course deepened my knowledge on Islam and fine-tuned my prayers such as Sunnat Tarawih during Ramadhan and short verses of Al-Quran for prayers.

“Although most of us are not well-versed with Jawi writing, we learnt using Roman alphabet under the guidance of a teacher.” 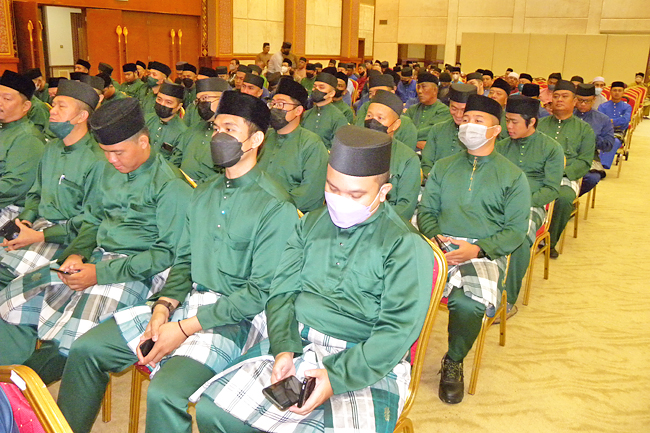