Conducted by the Islamic Da’wah Centre (PDI) through its Tutong Dakwah Unit in collaboration with Hajah Aminah Religious Hall of Kampong Long Mayan in the Tutong District, the workshop provided guidance on methods to handle the deceased including the cutting of Kafan cloth and cleaning, recitations while cleaning and prayers for the deceased.

The closing ceremony commenced with the recitation of Surah Al-Fatihah followed with a speech by a representative of the participants, a presentation of certificates of participation and placing of the reading corner for PDI publication at the religious hall. The event concluded with a Doa Selamat. 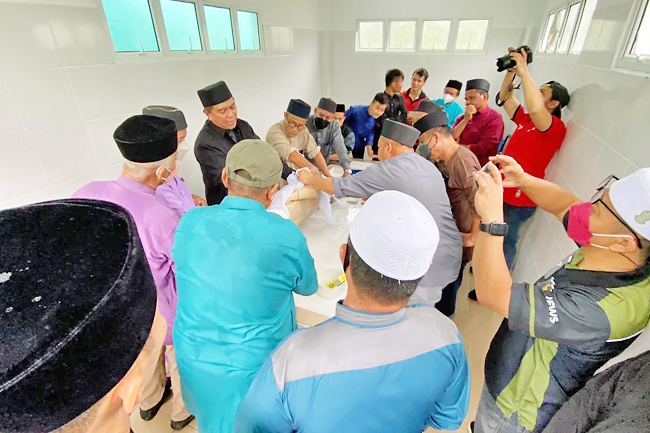