A Dusun family of seven converted to Islam, in a ceremony held at their home in STKRJ Kampong Telisai on Friday.

The guest of honour presented souvenirs from the PDI to the new converts, along with a Qiblat direction replica from the Survey Department.

The ceremony was enlivened with dikir marhaban and the sprinkling of scented flowers on the new converts. 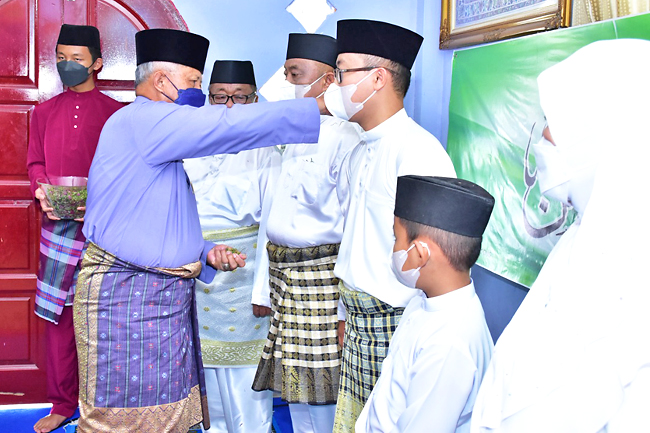