Held on August 25 at the Public Works Department (JKR), the project is an effort by the Government of His Majesty Sultan Haji Hassanal Bolkiah Mu’izzaddin Waddaulah ibni Al-Marhum Sultan Haji Omar ‘Ali Saifuddien Sa’adul Khairi Waddien, Sultan and Yang Di-Pertuan of Brunei Darussalam through the Ministry of Primary Resources and Tourism (MPRT), to increase rice production to improve the country’s food security.

The Phase 2 infrastructure work is a continuation of the 30-hectare Phase 1 project completed by the end of last year.

Planting for the Kandol Phase 1 was fully carried out by PaddyCo Sdn Bhd, a subsidiary of Darussalam Assets Sdn Bhd. To date, PaddyCo Sdn Bhd has been planting in the Kandol Agricultural Development Area for four seasons starting October 2019 and has produced around 155 metric tonnes of paddy.

The Phase 2 infrastructure work worth more than BND36 million involve a paddy plantation area of 145 hectares as well as the construction of a water reservoir of 58 hectares.

The 20-month project is expected to be completed in December 2022. For the remaining 330 hectares, soil research work will begin in the near future.

Through a whole-of-nation approach, the project will create a commercial-scale paddy cultivation area that has the potential to become a new national rice granary able to produce up to 8,000 metric tonnes of paddy, which is equivalent to 15 per cent of the country’s rice needs. 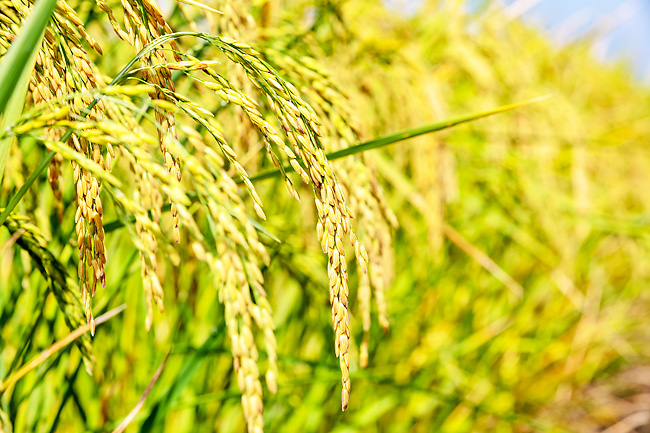