The Royal Customs and Excise Department (RCED) through its Law Enforcement Division unearthed a massive amount of contraband including e-cigarettes and accessories, firecrackers, drugs and over BND25,000 in cash in two separate raids in Seria.

Three permanent residents, two men aged 22 and 33, and a 61-year-old woman, as well as a 58-year-old local man, were detained for the possession of contraband.

The contraband comprised 5,604 vape juice, pod and e-liquid, 3,982 vape accessories and 85 vape mod, 870 cans and 158 bottles of alcohol, 41 cartons and seven sticks of cigarettes, 30 boxes of firecrackers and 73 different varieties, dried leaves believed to be marijuana weighing roughly 61.1 grammes, and BND25,498 and SGD3,228 believed to be proceeds from the sale of the contraband.

A mobile telephone was also seized believed to be used to sell contraband. The items and the suspects were brought to the law enforcement office for investigation. The RCED advised the public to comply with the country’s law and regulations.

Contraband possession is an offence under Section 146 of Excise Order 2006. Information on smuggling activities can be relayed to 8714422/8721422 or the Customs office. 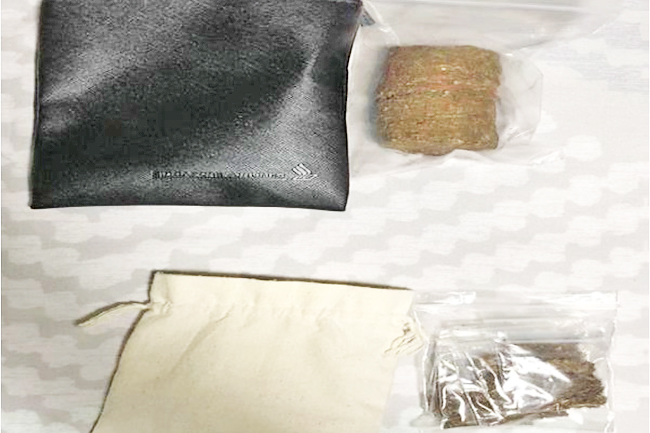