Deputy permanent secretaries and senior officials from the MTIC, MPRT and the Ministry of Culture, Youth and Sports (MCYS), representatives from local higher learning institutions and the broadcasting industry and participants of the Brunei Content Festival 2022 competition comprising local video publishing companies, freelancers as well as content creators also attended the event. 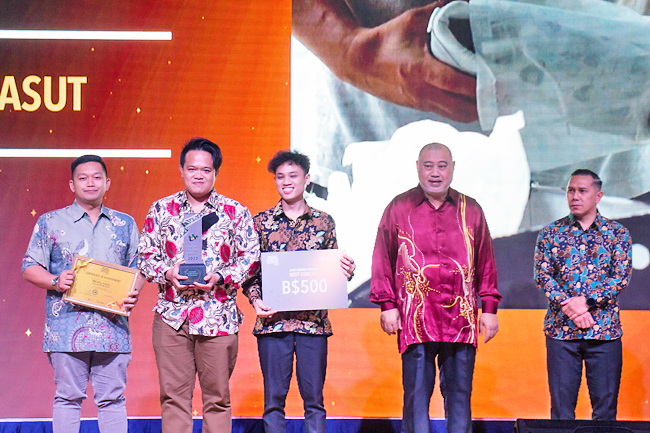 It is also to encourage the development and production of high quality content with the potential to be commercially distributed and broadcast on television platforms or Over-the-Top (OTT) services.

“AITI hopes that the platform provided by the Brunei Content Festival will encourage content creators in the country to produce more high quality content that can compete on the international stage to penetrate regional and global markets,” he said.

There were also seven Jury Awards contested. Seventy-two entries were received and the judging process was conducted by a panel of judges comprising representatives from the broadcasting industry and institutions of higher learning.

Winners of the Industry Category were: Mr Brown Brazil Coffee by Evoke Craftsman for Best Performance Advertisement; Operation Hantu by Filterworks Productions for Best Comedy; Kitani by New Wave Films for Best Drama; and ‘I’ Love You by AMT Production for Best Horror.

The Open category winners were: Khilaf by Faizul Razali for the Best Music Video; Jaguh by Md Aa’qiil Ahmad for Best Short Film; Not Toaster by Rahim Sofri for Best Short Film under the Institute of Higher Learning; and Aku Bersyukur by Hanidi Haji Mahmud for Best Bruneian Identity.

The Brunei Content Festival 2022 was organised with support from RTBGo and Progresif Media.