It is Dayangku Aina Syahmina binti Pengiran Mohd Fadillah’s fourth year participating in the conference. “During the first two years I was really shy and I found it difficult to cope,” she said. “It is a large setting with students from over 20 schools, and it was pretty difficult
to adapt.”

When she became more comfortable, she took on the role of a committee chair in the third year and found more confidence through the leadership role. This year, she is the Secretary-General of the Environmental Committee. “It is such a good experience for me. I have become confident in my public speaking skills.” Dayangku Aina Syahmina said it is evident that the student-delegates are nervous, as many are participating in the conference for the first time.

She believed however, once they start thinking and knowing what they are working towards, they will come together and improve their skills in speaking and debate as a team.

Meanwhile, it is Austin Greaves’ fifth year as a participant. He was a delegate for three years, a chairperson for one, and this year he is the Secretary General for the Political Committee. 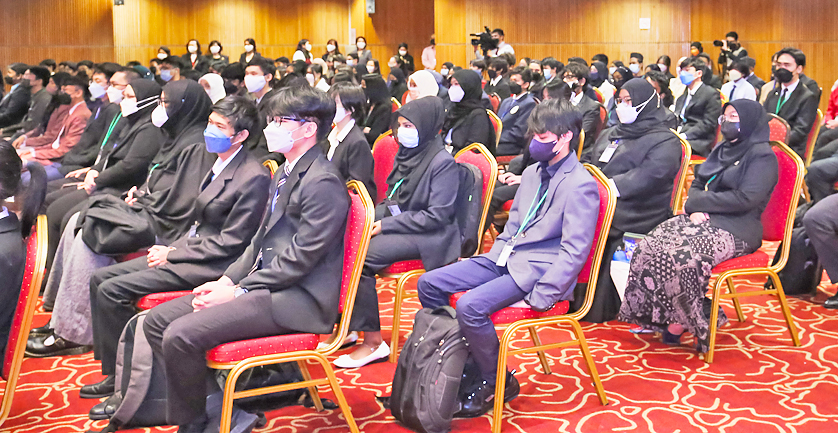 “I’m focussing on the political aspect of the debate divided into four – political, human rights, economic society and environmental,” said Greaves, adding that he is seeing more students participating in the conference.

He said while many were seen nervous during the debate, the conference is an opportunity for them to “come out of their shell and be a lot more excited as well as to contribute as much as they can”.

He said, “For myself, I am looking forward to seeing the resolutions get passed through to the general assembly and see how they work out. On Monday morning I will get to sit in as one of the delegates for a little bit and be in the same atmosphere as everyone.”

Greaves is looking to go into diplomacy, and believes the conference has helped boost his confidence in public speaking. “That is something I definitely want to take on further in life especially if I’m going to venture into diplomacy,” said Greaves.