UPI – Through sickness and health, Canadian geese stick together.

A concerned Canadian goose went to check on her mate who was undergoing surgery at the New England Wildlife Center’s Cape Cod Branch on Wednesday.

The staff noticed that Arnold, who lives in a pond near the centre, was limping. When the staff discovered he had two fractures on his foot, they took him in for surgery.

Just as Arnold was about to go to surgery, they heard a tapping on the clinic door.

Arnold’s partner tracked him down and was attempting to get into the clinic to be by Arnold’s side.

“She had somehow located him and was agitated that she could not get inside,” the centre wrote on their Facebook page. “She remained there throughout the entire procedure, watching us work, never moving from the doorway.” 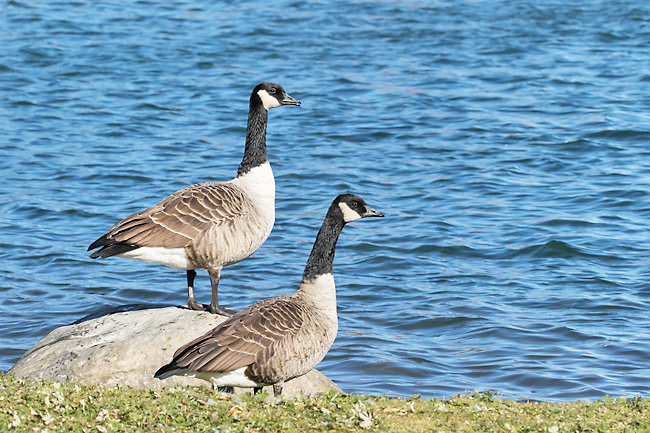 The centre said this was its first animal visitor and that it had to make an exception to accommodate her visitation request.

A snapping turtle or other predators may have attacked Arnold while he was swimming, the centre said, and the best chance at survival was surgery.

After the surgery, the centre let him recover by the doorway from which he could see his mate.

“His mate immediately calmed down and began to groom him through the door,” the center wrote. “They both seemed much more at ease in each other’s presence.”

The pair may be separated for several weeks as Arnold recovers.