“Only by appreciating and practising the teachings of Al-Quran can we produce a nation of noble characters. This is important especially in producing a generation of quality youth who are able to shape and accelerate the national socio-economic development, centred around Malay Islamic Monarchy (MIB).

“Globalisation has brought with it several challenges. Facing it requires preparation. Muslims will only be able to overcome the negative effects of globalisation with the strength of faith, morals and Syariah,” he said. 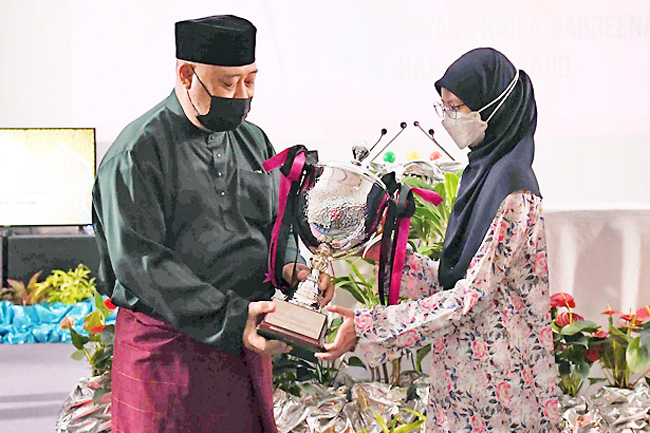 “The competition also served as a medium to encourage youth to enhance their performance and quality of recitation. This indirectly encourages them to further understand, appreciate and practise the content of Al-Quran,” he said. “At the same time, it allows for the forging of closer ties among youth.”

The ceremony also witnessed an Al-Quran recitation by qariah champion of the 9th Southeast Asian Al-Quran Reading Competition for Youth for 1441 Hijrah, before the announcement of winners by Chairman of the Board of Judges Haji Mohd Sujairi bin Haji Dollah.

The champions received BND2,000 each, while BND1,500 and BND1,000 were awarded to the first and second runner-ups. All other participants were awarded BND500. Trophies and certificates were also handed out