One company and 24 individuals were fined under Section 12 (1) of Chapter 30, the Minor Offences Act, for dumping rubbish in public areas and carrying out open burning during ‘Ops Bersih’ operation by the Licensing and Enforcement Division, Brunei-Muara District Office in Kampong Kulapis, Kampong Katimahar, Kampong Jerudong and Kampong Sengkurong recently.

The offenders are required to settle their fines within seven days or risk a further fine of BND1,000 or a month’s imprisonment for the first convicted offence. Subsequent offences may lead to a fine of BND3,000 and up to three months’ jail term.

The public is reminded not to throw rubbish in public areas, and any complaints can be directed to the Licensing and Enforcement Division at the Brunei-Muara District Office at 2381581. The inspection began at 9.45am on food stalls, hardware stores, restaurants and salons. Three local and three foreign workers were inspected.

Upon conviction, the Labour Department will issue a compound fine of BND600 for the first offence against the employer and BND900 for the subsequence offence. The agency reminded employers to keep a close eye on employee welfare matters in accordance with the requirements detailed in the Employment Order 2009, such as the preparation of employment contracts, timely salary payments and the provision of clean accommodation.

Information regarding the Employment Order 2009 can be obtained by contacting the Labour Department at 2381848 or 7298989. 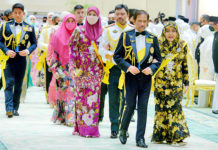 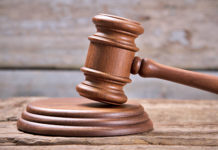 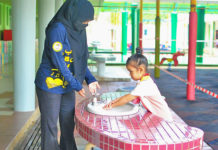