CNA – Want better digestion and feel less bloated? Eat fruits on an empty stomach, not after a meal. Need to lose weight? Eat your vegetables first before the rice. Want to beat cancer? Drink alkaline water.

Do these nuggets of so-called nutrition advice sound familiar to you? They might have been doled out by that colleague who heard it from her aunt or served up by the algorithm as you’re mindlessly scrolling through your social media feed. No matter the source, you might have been intrigued at some point in your life – especially if you’re facing a medical issue and understandably want to improve your health: Do they actually work?

Knowing how your stomach works can help you to form healthy eating habits, according to a consultant surgeon in gastrointestinal, laparoscopic and obesity surgery as well as director of PanAsia Surgery Dr Melvin Look. For starters, the food that you eat is temporarily stored in the stomach, where it is “broken down and mixed with stomach acid and enzymes”, he said.

As food continues to enter the stomach, an exit valve called the pylorus gradually allows the partially digested food to be released into the small intestine, where it is further digested and where nutrients are absorbed, said Dr Look.

“The stomach can hold between two litres and four litres of food and liquids before it is fully distended,” he said, explaining that it is the stomach’s stretching that signals to the brain that you are full. 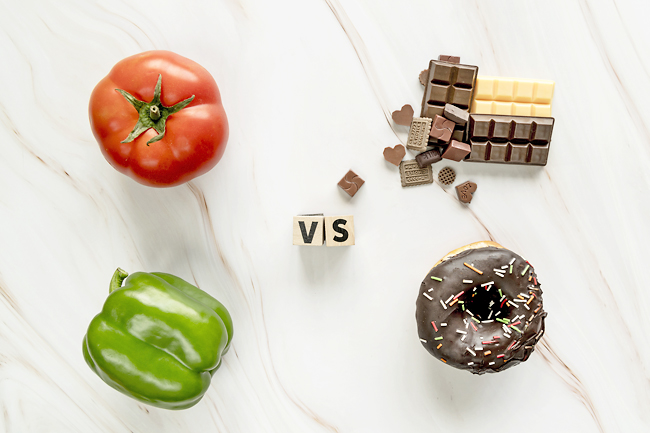 But if you wolf down your meal, there is a chance you’ll end up eating more than you should. That’s because your stomach and brain take time to register fullness – about 15 to 20 minutes, said clinical and sports dietitian, and founder of Aptima Nutrition & Sports Consultants Jaclyn Reutens. This is why you should spend at least 15 minutes to finish your meal as “the difference can be significant”, she said.

The adage “you are what you eat” is certainly subscribed to by many, including dietitians, nutritionists, doctors and the researchers behind this study, who found that food can even regulate mood. But are you how you eat your food in sequence? And what about other nutrition advice such as getting one of those purifiers that converts tap water into “health giving” alkaline water? Here’s a look:

FACT OR MYTH: FILL UP ON VEGETABLES FIRST, SO YOU WON’T EAT SO MUCH RICE

If you’re trying to reduce your calorie intake, should you eat your economy rice or nasi padang in this particular sequence? Don’t be so quick to write off this one yet.

“Eating vegetables at the start of the meal might ensure a lower intake of the other food groups. It may help you get full faster and stay full longer,” said principal dietitian at Raffles Hospital’s Raffles Diabetes and Endocrine Centre Bibi Chia. “When you are full, there is a possibility that the intake of carbohydrates from rice or noodles is lower.”

Added Reutens: “There are studies showing the overall caloric intake of a meal is lower when vegetables are consumed first. So, for those are looking at weight loss, this could be an easy thing to do”.

For diabetics and those with glucose metabolism issues, eating your stir-fried kailan or salad first can also avoid spikes in blood sugar and insulin levels, said Dr Look, which can otherwise happen when you eat carbohydrates first. Indeed, a study found that carbohydrates were digested slower and required less insulin because of the fibre in vegetables. The greens-before-carbs approach had even been recommended for the prevention of cardiovascular problems by the researchers. But if you’re thinking juicing the vegetables might be more palatable and give you the same benefits, think again. It is the fibre that contributes to the feeling of fullness and lowers blood glucose levels, said Reutens, citing a study that compared the satiety effect of fibre using apple juice, apple puree and apple.

“It was found that apple juice, with no fibre, had the least satisfaction and the highest increase in blood glucose levels. This was followed by apple puree and apple,” she said.

“They did the same test on oranges and grapes and the responses were similar. This suggests that the removal of fibre results in faster ingestion and absorption, decreased satiety, and disturbed glucose homeostasis.”

The only time you might consider avoiding fruits is if you have been diagnosed with irritable bowel syndrome (IBS) and advised so by a doctor, said Chia.

And here is where fermentation in the stomach and gas production get twisted to create this food myth: There are indeed fruits (and many other foods) that contain “FODMAPS”, which stands for fermentable oligosaccharides, disaccharides, monosaccharides and polyols. Simply put, these are sugars that are not completely digested or absorbed in those who are affected, such as individuals with IBS.

For these patients, fruits such as apples and pears that contain sorbitol (a form of FODMAPS) can cause gas and bloating, said Reutens. “But that is not because of fermentation,” she said. “There is no truth that fermentation can occur in the stomach as the gastric juices are so acidic, the chances of any micro-organisms surviving in there (to facilitate fermentation) are low.”

To reiterate, the avoidance of foods high in FODMAPS is only required if you have been diagnosed with IBS, as highlighted by the Monash University, which has formulated the FODMAPS diet for those who need it.

FACT OR MYTH: DON’T DRINK WATER BEFORE A MEAL BECAUSE YOU’LL DILUTE YOUR GASTRIC ACID AND MAKE IT LESS EFFECTIVE AT DIGESTION

It is actually not a bad idea to drink some water before tucking into a meal for several reasons. One, water is highly important for digestion, said Reutens. “It is the carrier of digestive enzymes and the transport medium for nutrient absorption.” You’ll also need water for soluble fibre to aid in waste elimination.

Two, your body frequently confuses thirst with hunger, especially for those who do not drink enough water. “At the start of the meal, it is good to be well-hydrated, so that there is a lesser chance of overeating,” said Reutens.

“Drinking water before a meal can signal for the digestive enzymes to be produced,” she said. “Saliva is made from water and it helps to moisten the food and make it easier to chew and swallow.” Chia even advised to drink water both during and after meals to aid with digestion. “There is no concern with water ‘diluting’ the gastric juices.”

Try drinking a glass of water before a meal. “You will still be able to eat,” said Reutens, “and in fact, it helps to prevent overeating.” Or you can also have soup with your meal.

“Just make sure the soup is not too salty,” she said. Otherwise, you may get thirsty and end up drinking so more water, you won’t have the space in the stomach for the food.

If you have gastro-oesophageal reflux disease or GERD, limit the amount of water with your meals as the liquid can “push up the gastric juice closer to the oesphageal sphincter and aggravate the condition”. For this group, drink water 30 minutes before the meal, advised Reutens.

FACT OR MYTH: ALKALINE WATER CAN NEUTRALISE THE ACID IN YOUR BLOOD AND MINIMISE DISEASES SUCH AS CANCER

One of the biggest contentions of all has to be your water’s pH. So why the purported importance of alkaline water? For context, the pH scale ranges from zero to 14. A pH reading of 7 is neutral, while anything below 7 is acidic. Conversely, any reading above 7 is alkaline. Meanwhile, human blood has a pH range of 7.36 to 7.45, which makes it slightly alkaline.

Now, here’s where the alkaline water proponents come in: If you drink water that is acidic, you’ll create too much acid in your blood and pave the way for all sorts of health issues ranging from cancer to osteoporosis.

But can alkaline water be counted on to do so much for your health? And what exactly is it?

“Alkaline water is essentially water containing added compounds such as calcium chloride, magnesium sulfate, potassium and/or sodium bicarbonate. Its pH is around 8 or 9,” said Dr Look.

“Tap water can range from 6.5 to 8.5, or even slightly acidic, depending on the country you are drinking it from,” he said. In Singapore, the tap water has an average pH of 8.2, which makes it alkaline to begin with.

“There are many claims that alkaline water can neutralise acid in your bloodstream and, in turn, prevent heart disease, osteoporosis and cancer,” said Dr Look. “So far, these claims have not been backed by scientific evidence.”

He added: “It may also be a hard thing to prove as the gastric acid in your stomach will likely neutralise any amount of alkaline water before it can have an effect on the body.”

Reutens has also debunked some of the commonly held myths. “It is believed that tumours grow faster in acidic environments but the truth is, tumours create the acidic environments,” she said. “And while many high-quality clinical studies do reflect the link between red meat and cancer, it is not because of the acidic nature of these foods,” she said. “However, advocates of alkaline water purport that theory.”

Moreover, said Dr Look, your kidneys and lungs already work very efficiently to keep your blood and body fluids at a very stable pH. In fact, alkaline water isn’t without its downsides; it should be avoided by patients with kidney disease, he said. “Alkaline water can also cause side effects such as indigestion and dry, itchy skin.”