The diversity and width of Brunei Darussalam’s sporting talents in both mainstream and niche sports is apparent, as illustrated with the country’s latest accomplishment in the Strongman discipline.

The 23-year-old beat rivals from Hong Kong and Russia for the coveted prize in the Open Pro category, which showcased elite athletes who had previously managed a podium finish.

Indeed, the range of hidden talent demonstrates the country’s potential and strengths in sports that are not explored or less popularised.

While Spartan racing and Ironman events are seemingly on the rise, Muhammad Waiz’s accomplishments as a strength sport athlete shows that demand and opportunities to further enhance the country’s ability in performing at the global stage are present. The strength athlete is still relatively new to the sport considering that he had only started in 2018 at a tender age of 18.

His journey began after he was introduced by his brother Muhd Hanis bin Haji Daud and one of his coaches Safwan Sazuwan bin Awang Ali, who is also an existing Strongman athlete.

“My journey as a Strongman athlete was not easy, but for the love of the sport and as a Brunei Strongman athlete, I thrive and set my standards up to bring a lot of wins and break records for myself and Brunei,” said Muhammad Waiz. 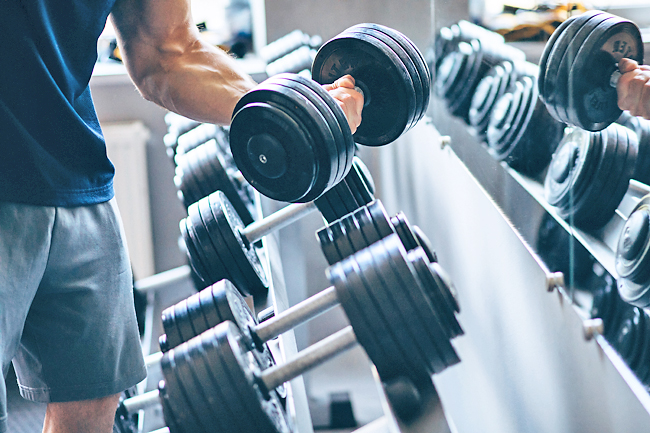 Hailing from a family background that dedicates their craft in Strongman or strength sport, Muhammad Waiz showed interest and began to compete locally where he instantly produced strong results.

“At first, I saw my older brother compete in Malaysia. I wanted to join that and my brother asked me to compete locally, which I did. A few months after that, I made my debut in a Strongman competition internationally.”

He received support from his brother Muhd Hanis and coach Safwan as his career picked up, where he translated his form in the country overseas.

Muhammad Waiz first made his breakthrough as a novice when he clinched first place in the Brunei Strongman competition before continuing his progress with a series of top five finishes in the region.

Last year, he came third in the Chainblock Strongman competition held in conjunction with the 37th National Day where he bagged three medals, including two gold in log press repetition and Atlas stone over bar repetition.

His list of accomplishments overseas also included finishing as runner-up in the under-90 category in Labuan, third place in the Strongman Sipitang Awang Semaun, fourth in Bekenu

Strongman and fifth in the under-90 category of Siam Thailand Strongman.

Muhammad Waiz considers securing a top six finish in his first international tournament in Thailand as being his fondest memory as a Strongman athlete, despite having little to no experience.

Currently, the local scene in the Strongman discipline is muted but Muhammad Waiz believes that the sport will grow and develop further in the future.

Elaborating on his training regime, Muhammad Waiz typically focusses on strength specific routines including tyre flip, farmers walk and others.

Prior to his competition in Jakarta, he had been training actively for several months even before the Sultanate entered the endemic phase.

Muhammad Waiz also shared a few advice to aspiring individuals and enthusiasts, particularly those who want to make the step up as an international athlete.

“I would say to go for it. Maybe it will hurt at first but you will not be able to go anywhere if you stay in one place,” he said, noting that the main characteristics of a Strongman athlete are having determination, hunger to win, discipline and consistency.

The strength athlete also highlighted sacrifices associated with the sport, such as resisting the urge of consuming junk and fatty foods during competition season.

He added, however, that this will be outweighed by huge benefits, which include the continuous satisfaction of excelling in the competition.