The International Day against Drug Abuse and Illicit Trafficking is celebrated every June 26.

This year, the theme is ‘Collective Prevention for a Happier Nation’, which aims to remind all walks of people to be responsible together in preventing and combatting drug activities in the country.

The theme encourages government agencies, public, parents, schools, non-governmental organisations (NGOs) and grassroots leaders to unite towards the effort to cultivate awareness and concern for the social illness.

Tekad Biro Kawalan Narkotik, a song performed by NCB officers, was composed to instil courage among its personnel in performing their daily tasks. 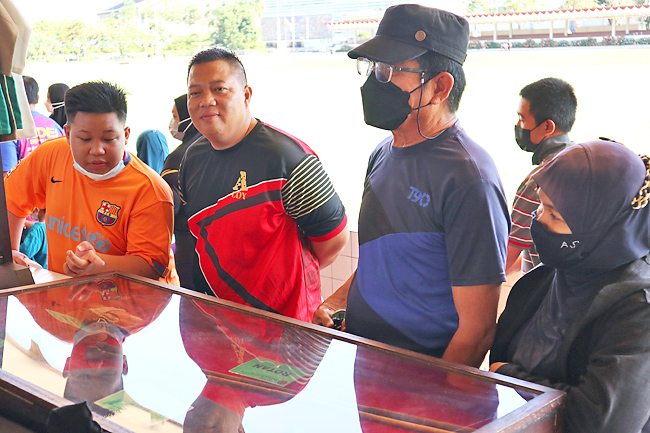 Meanwhile, Adang Tah is a rap song written in Brunei dialect which describes the life of a drug addict trying to get back on the right track.

The song was aimed at the youth to keep them away from getting involved in drugs.

In addition, the Friday sermon also highlighted the significance of the International Day against Drug Abuse and Illicit Trafficking.

To mark the celebration, the Sultan Haji Omar ‘Ali Saifuddien (SHOAS) Bridge and the Raja Isteri Pengiran Anak Hajah Saleha (RIPAHS) Bridge will be illuminated in green and white from June 20 to 30 from 6.30pm to midnight.

June 26 has been declared by the United Nations (UN) as International Day against Drug Abuse and Illicit Trafficking since 1987.