OSLO (AFP) – The United States (US) is deploying long-range B-1 bombers to Norway to train in the strategically important High North in a new show of force unseen in the region since the Cold War.

But mounting tensions between the West and Russia, particularly since the 2014 Crimea crisis, has led both sides to beef up their militaries even in the remote High North, an area believed to be rich in natural resources and where the ice melt has opened up new shipping routes.

This month, long-range B-1 bombers capable of carrying large amounts of air-to-ground weaponry will arrive at Norway’s Orland air base for several weeks of training missions with the Scandinavian country’s air force, which guards the North Atlantic Treaty Organization’s (NATO) northern border.

“This deployment comes in the context of global military activities in the High North, which have increased significantly in recent years, both from the West and Russia,” noted Norwegian Defence Research Establishment researcher Kristian Atland. 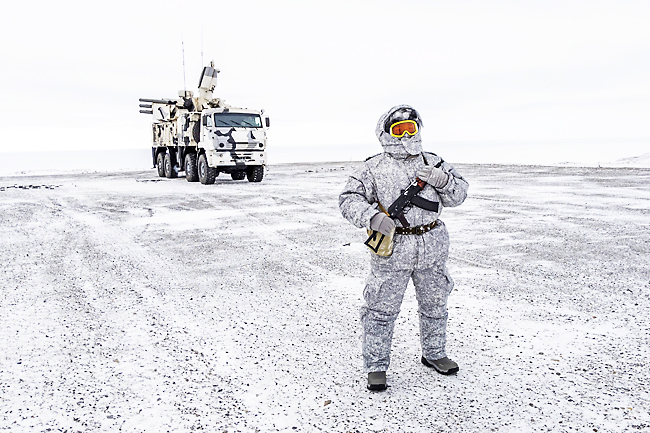 “The fact that these are strategic bombers naturally causes concern in Russia,” he added.

Moscow is in fact fuming.

“Nobody in the Arctic is preparing for an armed conflict. However, there are signs of mounting tension and military escalation,” Russia’s ambassador to the Arctic Council Nikolai Korchunov said.

The current militarisation in the region “could turn us back decades to the days of the Cold War,” he told Russia’s RIA news agency in early February.

Oslo is meanwhile keen to downplay matters. Located in central Norway – and well below the Arctic Circle – the Orland base where the B-1B bombers will be stationed is 1,200 kilometres from the border with Russia, officials note.

“To have our allies train here with us is a well-established and natural part of our security policy and our cooperation with NATO,” Norway’s Defence Minister Frank Bakke-Jensen said.

“Russia knows this and has no reason to feel provoked,” he said in an email to AFP.

But this is not an isolated move.

Norway recently agreed to grant its US, British and French allies’ nuclear submarines access to a supply port near its Arctic town of Tromso.

In 2009, Norway, under then Prime Minister Jens Stoltenberg, now NATO’s Secretary General, closed the nearby and once-secret Olavsvern base carved inside a mountain and sold it to private investors – not anticipating the geopolitical changes to come.

But with rising tensions in the region, the need has arisen for a base from which to track Russian subs sailing through the nearby ‘Bear Gap’, a passage required to get from their Kola peninsula bases to the Atlantic.

Moscow’s increasingly assertive position has also led Norway’s neighbour, non-NATO member Sweden, to announce a massive 40 per cent increase in military spending by 2025 – a rise unseen since the 1950s – and remilitarise its Baltic Sea island of Gotland. While Sweden has long had a policy of military non-alignment, there is currently a majority in Parliament for a “NATO option” that would allow it, like Finland, to rapidly join the alliance. The Social Democratic government is however opposed to membership.

For the first time since the 1980s, the US Navy deployed an aircraft carrier in the Norwegian Sea in 2018, and then several other vessels in Russia’s economic zone in the Barents Sea the following year.

The change of administration in Washington is not expected to alter the US position.

“The US has a long history of cooperation with Russia in the Arctic region, and it is my hope that can continue,” the new US Secretary of Defence Lloyd Austin said on the sidelines of his Senate hearing.

“I have serious concerns, however, about the Russian military build-up in the region and Russia’s aggressive conduct in the Arctic and around the world,” he added.

Moscow is rearming as well. In March 2020, Russian President Vladimir Putin called for Russia’s military capabilities to be bolstered in the Arctic and ordered the “creation and modernisation of military infrastructure” by 2035.

Russia’s powerful Northern Fleet, which has 86 vessels including 42 subs, was notably the first to receive a fourth-generation Borei class nuclear submarine last summer.

With the opening or modernisation of bases, new missile and drone tests, simulated attacks against Western targets, as well as military deployments heading increasingly further afield, Moscow has also been showing off its military might.

The Norwegian air force said it scrambled its jets 50 times last year to identify 96 Russian aircraft flying by its airspace.

While that is far fewer than the 500 or 600 Soviet jets identified annually in the Cold War mid-1980s, it is more than the dozen or so identifications that were the norm in the 2000s.