NEW YORK (AFP) – The arrival of cryptocurrency exchange Coinbase on Nasdaq is one of the most anticipated events of the year on Wall Street, where enthusiasm for bitcoin is in full swing, despite questions about the sustainability of the market.

The first company devoted entirely to cryptocurrency to enter the United States (US) stock exchange, Coinbase – which will be listed under the symbol COIN – is already a heavyweight.

Estimates vary depending on the method of calculation, but its capitalisation is expected to range from USD70 to USD100 billion, the largest IPO for a US company since Facebook in 2012.

Coinbase chose a direct listing, which does not allow it to raise new funds but does offer current shareholders – founders, employees and historical investors – the opportunity to sell their stocks on the market.

Spotify, Slack, Palantir and Roblox had also used this method for their Wall Street debuts.

Nearly 115 million Coinbase shares will be put on the market.

Founded in 2012 in San Francisco by Brian Armstrong and Fred Ehrsam, the platform allows users to buy and sell about 50 cryptocurrencies, including bitcoin and ether.

Coinbase claims 56 million total users and a little more than six million people making transactions each month, according to estimates from its first-quarter results, released in early April.

The company has benefitted from bitcoin’s meteoric rise over the past year, with the crypto asset’s price rising from USD6,500 last April to more than USD61,000 by mid-March 2021.

In the wake of the reigning cryptocurrency, other virtual currencies – such as ether, Litecoin or Stellar Lumens – have also surged.

“With bitcoin already having more than doubled in the last six months and cryptocurrencies becoming more popular with more mainstream investors, it can certainly be argued that crypto has become more mainstream in the last 12 months,” said Chief Market Analyst at CMC Markets United Kingdom (UK) Michael Hewson.

As a result of this craze, Coinbase’s revenue has increased almost ten-fold in the course of a year to USD1.8 billion in the first quarter, according to group estimates.

The success of Coinbase and cryptocurrencies in general has given some rivals ideas: the head of the California-based cryptocurrency exchange platform Kraken told CNBC last week he hopes to take his company public next year, also via a direct listing.

If the situation seems favourable to Coinbase, caution remains the order of the day among observers, who recall the company’s dependence on the price of virtual currencies, which tend to fluctuate frequently.

Before its spectacular rise in recent months, bitcoin had experienced setbacks, particularly in 2018 when the currency kept falling.

Some are also drawing attention to the distrust of lawmakers in several countries, who are concerned about cryptocurrencies being used for illicit purposes.

“Will Coinbase prove popular with retail investors? There is little doubt about that prospect with demand and interest set to be high,” said Hewson.

“The bigger question is whether any valuation is sustainable, particularly given how many governments aren’t particularly enamoured of cryptocurrencies,” he said.

“Future regulation is likely to be a clear and present danger and a probable headwind” in the long term.

Coinbase was recently charged by the US Commodity Futures Trading Commission (CFTC), which accused it of “reporting false, misleading, or inaccurate” information about cryptocurrencies and manipulating the market between 2015 and 2018.

Without admitting wrongdoing, Coinbase paid a USD6.5 million fine, and the company was forced to push back its listing date on Wall Street.

Another factor that could put Coinbase at a disadvantage is its commissions, which the company uses to earn money.

These levies are higher than some of its competitors, particularly Binance.

But that platform, founded in China, seems to alarm regulators even more than Coinbase.

According to Bloomberg, the CFTC recently opened an investigation into whether Binance, which is not registered with the agency, had violated US commodities law. 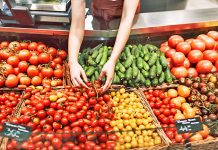 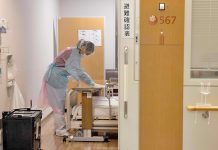 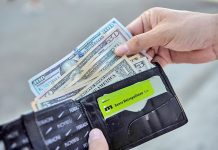