MELBOURNE, AUSTRALIA (AP) – Coco Gauff (AP, pic below) was twice a point away from being pushed to a third set by Emma Raducanu at the Australian Open but steadied herself and went on to a 6-3, 7-6 (4) victory yesterday in the first head-to-head meeting between two young stars of tennis.

“This was a long-anticipated matchup,” said the seventh-seeded Gauff, who was the runner-up to number one Iga Swiatek at the French Open last June. “Basically since the draw came out.”

The 18-year-old from Florida moved into the third round at Melbourne Park for the first time since 2020. She is the youngest seed in the women’s field.

Raducanu, a 20-year-old who represents Britain, has not made it past the second round at a Grand Slam tournament since she won the 2021 US Open as a teenager. That made her the first qualifier to claim a major trophy.

Currently ranked 77th, Raducanu has been dealing with an ankle injury. Yet she was so close to extending this match, holding a pair of set points while ahead 5-4 in the second set.

On the first chance, Raducanu sailed a backhand long. On the second, she dumped an attempted drop shot into the net.

That helped Gauff hold serve there. More miscues by Raducanu tilted the tiebreaker – and the match – Gauff’s way. 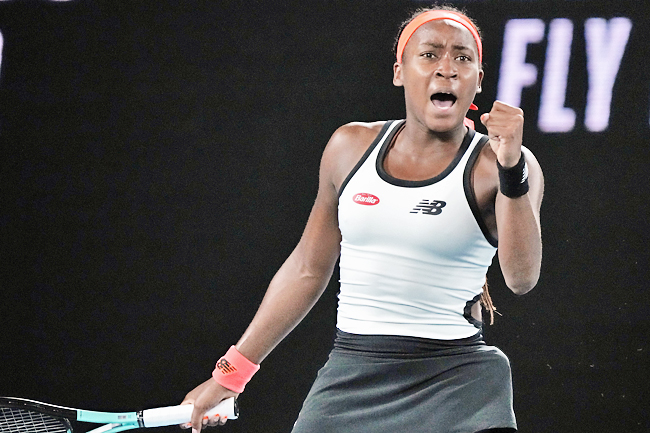