ADELAIDE, AUSTRALIA (AP) – Coco Gauff’s (pic below) decision to extend her stay Down Under after a second-round loss at the Australian Open is paying off, at least so far.

The 16-year-old American beat Jasmine Paolini 6-4, 6-7 (4), 6-2 yesterday in a first-round match at the Adelaide International. It follows Gauff’s two wins in weekend qualifying in the South Australian state capital to advance to the main draw.

Gauff lost to fifth-seeded Elina Svitolina in straight sets at the Australian Open. In 2020 during her Australian Open debut, she lost to eventual champion Sofia Kenin in three sets in the fourth round.

Top-ranked Ash Barty, who lost in the Australian Open quarterfinals, is the Adelaide defending champion. The Australian received a wild-card entry and plays American Danielle Collins in a second-round match today. 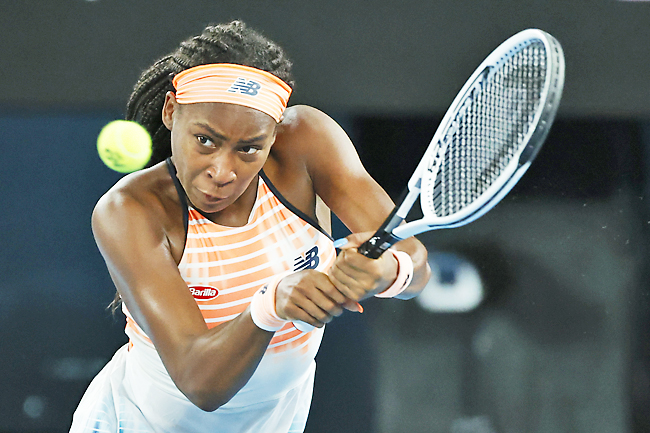