Coccinelle is a benchmark brand in the production of fashionable bags and accessories founded by Mazzieri Family in the Parma province in 1978. “They opened the first franchise store in Milan, Via Statuto.

“In 1998, DOS stores were opened in Verona, Venice, Brescia and Milan, Corso Genova and later in 1999 International Expansion Opening of DOS Stores and franchised abroad including London, Praque and Lisbon. After 44 years, the brand opened its store under the flagship of Groe-Tec Marketing,” said Manager of Coccinelle Amie Mesiano. 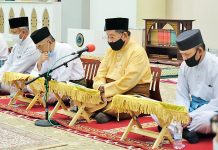